The Turkish audience has been talking and searching about one particular name for a while. Melisa Aslı Pamuk, who became viral among the Turkish audience, fascinates with her beauty and acting talent. Besides, her character “Mitra” and the way the actress portrays it are amazing, as well. So, today let’s take a closer look at the attractive Turkish actress.

Until her last role as “Mitra Şerifi“, an Iranian-Turkish young lady, we haven’t heard much of the name of this beautiful actress. However, right after she appeared in the phenomenon Turkish TV drama Kırmızı Oda (The Red Room), the talented actress became viral both on social media and the internet. Many people began searching her background on the internet. Thus, questions such as “Who is Mitra in The Red Room?”, “Who is Melisa Aslı Pamuk?” turned into the most popular questions.

Who is This New Character Mitra Şerifi in The Red Room?

The series differentiates from other productions in that it reveals some intensive real-life stories. By doing so, Kırmızı Oda — Red Room lets us witness therapy processes among patients and therapists. In this sense, the series has already become one of the most assertive productions in the new TV season in 2020-21. Another crucial detail about the series, in the meantime, is the series is welcoming different talented actors and actresses in each episode.

So, as you see, in every episode of the series, we testify to different stories of different characters. This brings us to Mitra Şerifi, played by Melisa Aslı Pamuk. Mitra is a young, charming, well-educated, kind woman who has been living in Istanbul for a while. Her mother is a Turkish woman who moved to Tehran to work in the Turkish Embassy during the 1970s. As for her father, he is a member of one of Tehran’s most well-known families. Both her mother and father are well-educated, well-mannered, and attractive. What’s more, they both are very interested in literature, Iranian literature in particular.

Hereby, love, at first sight, begins between these two. And shortly after, Mitra’s mother and father decide to get married. However, there is a problem that Mitra’s mother doesn’t know yet, which is the fact that he is already married and has 3 children…

Mitra’s father’s life, then, goes between two houses and two families. The worse, the little child grows up with heavy memories of her childhood. Mitra remembers everything, and so, she blames not only her father but her mother, as well. Mitra blames her mother, too, because she accepts to be the second wife. Therefore, she is just as guilty as her father for causing such pain to such a small and innocent child.

Mitra Makes Her Own Way

The last week was the first time we watched the Mitra character. Therefore, we haven’t known the rest of the story about her. However, as far as we know, she somehow managed to get rid of all those troubles. Then, she probably settled down in some European capitals. Even, she lived in Berlin and Paris. What’s more, Mitra studied philosophy, psychology, and music. Nevertheless, what we don’t know yet is probably Mitra also had the fate as her mother. She fell in love with someone and that’s the reason why she visits the clinic, which is The Red Room. Mitra has a deep love pain and she doesn’t know what to do at all!

Up to this point and this moment, we have tried to set the scene. The story of the character is breathtaking. But what’s more, the beauty and the acting talent of the character are equally fascinating, too. So, this explains why and how Melisa Aslı Pamuk became so popular within such a short period.

What is The Meaning of “Mitra” Name?

By the way, the meaning of the name “Mitra” is another trend question. So, the name has different meanings. In Persian and Hindi, the name has meanings such as a friend, legend, and princes. Considering Mitra, all those meanings make more sense, which means the producers didn’t pick the name randomly. It is such a harmonious name that suits the best with character.

Who is Melisa Aslı Pamuk?

Melisa Aslı Pamuk (born April 14, 1991, Haarlem) is a Turkish-born actress and model from the Netherlands. She is the winner of the Miss Turkey contest 2011, which is the Beauty Queen of Turkey Contest and published on FOX with the sponsorship of L’Oréal Paris and the final took place in Istanbul on June 3, 2011.

Melisa Aslı Pamuk represented Turkey at the Miss Universe (Universe Beauty Contest) in São Paulo, Brazil in September 2011. It was a new format change and the organization took the decision. In addition, she won the title of Best Promising (Hope / Promising Model) in the Best Model of Turkey competition in 2009.

A Polyglot Beauty and Actress with 5 Languages

Melisa Aslı Pamuk can speak Turkish, English, Dutch, German and intermediate level French. She started her Psychology education at the University of Amsterdam in the Netherlands. However, she suspended her registration for the Miss Turkey career.

The Career of Melisa Aslı Pamuk

The actress is undoubtedly one of the most popular Turkish actresses recently. So, Melisa Aslı Pamuk is 1.76 meters tall and 58 kilos. Her zodiac sign, on the other hand, is Aries.

The 30-year old beautiful Turkish actress Melisa Aslı Pamuk has been in a relationship with Oğuzhan Özyakup. He is a professional football player in Turkey’s one of the most prestigious football teams Beşiktaş. The two have been planning to get married.

The attractive and pure beauty, Melisa Aslı Pamuk, is one of the most popular Turkish celebrities on social media and Instagram, in particular. Therefore, more than 3.8 million followers on Instagram follow every move, share, pictures of her with great curiosity. So, here are the official social media accounts of the actress for those who wish to follow her: 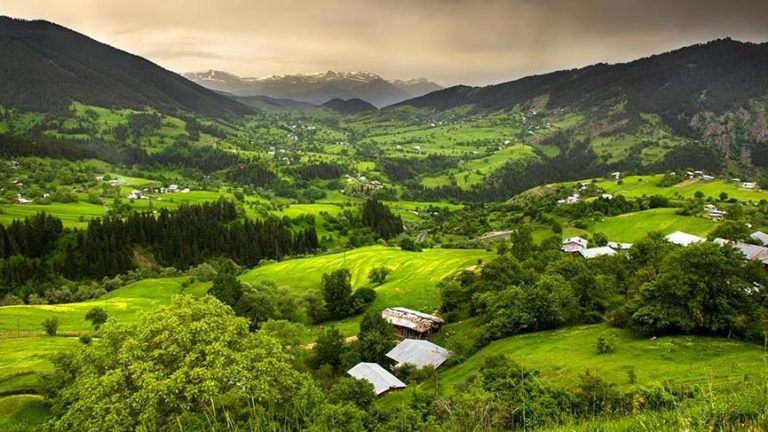