Bülent Ersoy, 68, is one of the greatest voices of Turkish music. She is mostly seen as the goddess of the old, classical Turkish music with her strong voice. That’s the reason why Turkish people call and name her as “diva“. However, despite all her accomplishments in Turkish music, she has one particular addiction that is very annoying: her love for fur…

Turkish music diva, the goddess of Turkish music, the greatest woman voice in Turkey, … All those phrases are used to define the precious music figure of Turkey: Bülent Ersoy. The 68-year-old Turkish diva has been on stage for more than 50 years. Moreover, she has so many albums, live records, concerts, and so on… In short, she is probably the best women singer in Turkey when it comes to her musical genius. But there is one particular point about her that overshadows all her accomplishments with regard to music: her passion for fur!

The eminent Turkish singer Bülent Ersoy has always been on the target of critics due to her passion for buying new furs and fur coats. Especially animal rights activists and those with kind hearts have been telling her to stop buying new ones. She, by the way, has more than 22 furs already with a total value of 2.5 M Turkish Liras ($285 K)! Nevertheless, she doesn’t stop at all, and on the contrary, keep buying new ones and share them on social media! Just like the last one!

Reactions to Her Purchase Keep Snowballing!

Most people consider her passion to slaughter animals as an act of ignorance and insensibility! And this particular example, her insensitive act costs hundreds of foxes. As for the last one she bought did cost 55 foxes’ lives and she spent 450 K Turkish Liras ($65 K).

In spite of reactions against her senseless and ignorant act and discourses as “no to fur”, she doesn’t give an ear to those calls!

She had Bought a Fur with Fox Heads on It!

People have criticized Bülent Ersoy for days for buying fur with fox heads on it in recent months. However, here she is with a new one. Even though wearing fur is “out” and out-of-fashion in the world, god knows why she insists on this behavior!

Caused Criticism Over Her Fur

Bülent Ersoy’s furry photos drew a great reaction. Some animal lovers said under Ersoy’s photo, “Shame on you, isn’t it a pity for so many animals? “I was shocked, how are they killing so friendly foxes!”

I Have Took ÇYDD Out of My Will!

In the past months, Bülent Ersoy had donated her furs to ÇYDD (the Association for Supporting Contemporary Life) by saying “I will donate my furs to ÇYDD”. However, the association made a statement and said, “We cannot accept this donation”. The artist, then, removed the association from her will with the following statement: “I donated some of my wealth, I rearranged my will.”

What Had the Association Said?

The association had announced that they would not accept Ersoy’s fur donation. “ÇYDD has adopted as a principle to respect nature, environment, and living rights in accordance with its statute. For this reason, it is not possible for us to accept a donation made over products obtained by violating the life rights of animals and their costs.”

Bülent Ersoy: “I had no Purpose for Making Use of Anyone”

Upon this statement, Bülent Ersoy removed ÇYDD from her will. In a statement, she made to Hürriyet newspaper, Ersoy said: “I declared this gift during an interview with my sincere feelings in my heart before such speculation occurred. On some negative comments from my esteemed audience; It was not my intention to make use of anybody or institutions and organizations to justify and purify myself.

Weirdly, the prominent Turkish singer Bülent Ersoy chose an interesting way to justify her passion and interest for buying and wearing fur and for taking part in fox slaughtering! She said that the world leader Atatürk and glorious Ottoman emperors also wore fur. By reminding this fact to the common people, she tried to help this act to be forgotten. However, the news became a trending topic on social media and even was shown in the national broadcast news.

So, we will see what is gonna happen in the following days! We hope that she would give up her passion for fur sooner or later!

The beautiful actress Demet Özdemir heralded the good news of the movie Ask Taktikleri (Love Tactics) with her statement in the past months. Details about the film are slowly emerging. The movie will star Demet Ozdemir and the popular Turkish actor Sukru Ozyildiz. So, here are the highlights of this exciting brand-new Turkish original of… 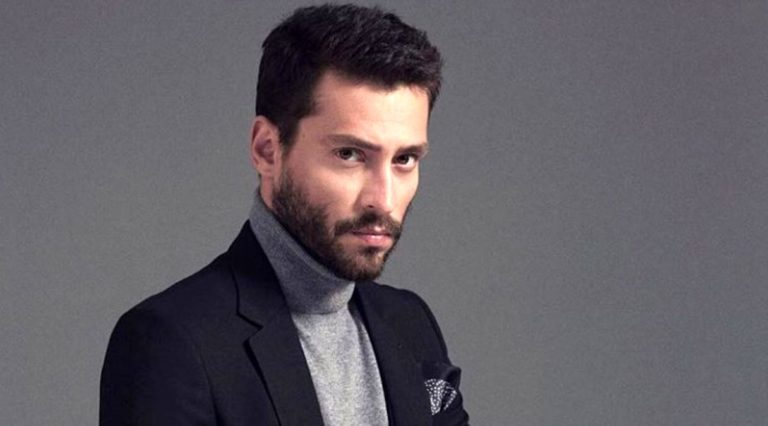