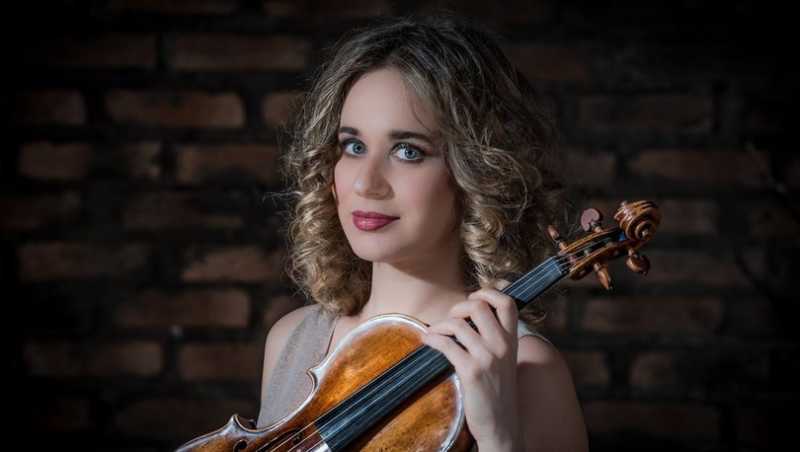 Tekfen Philharmonic is going to present the Italian violinist Anna Tifu. She is multiple award-winning artists and the concert is the first concerts of the season this year. So, Turkish people are going to delight with the flourishing music feast.

In the concerts, the Italian musician will perform Ernest Chausson’s “Poeme” and Maurice Ravel’s “Tzigane” on her Stradivarius violin made in 1716. Moreover, the program will also feature Johannes Brahms’ “Symphony No. 1” and Emmanuel Chabrier’s “Espaňa.”

Who is Anna Tifu?

The Italian violinist Anna Tifu is the shining artist of success. The artist was born in Cagliari, Italy. Anna Tifu started playing the violin at the age of six, under the guidance of her father. Furthermore, at the age of eight, Tifu started performing in front of an audience and she received her first prize in the Vittorio Veneto concerts.

Tifu performed as a soloist at the Orchestre National des Pays de la Loire at the age of 11. She also sang Bruch’s Violin Concerto at La Scala in Milan when she was 12-year-old. She won the first prize at the Vioti Valsesia International Competition at the age of 14. Later on, in the same year, she won the Marcello Abbado International Competition. When she was 15 years old, Anna Tifu received her music diploma with an Honorary Award in Cagliari.

A Career with Full of Accomplishments

In 2004, she worked with the famous Italian violinist Salvatore Accardo. They collaborated at Walter Stauffer Academy and Santa Cecilia Academy in Siena. The artist received a certificate of honour there. The Curtis Institute of Music in Philadelphia included her into their team as an artist. On the other hand, the Mozart Ensemble in Dortmund provided her with a scholarship. Thus, she had gotten the opportunity to work with experienced artists, —such as Aaron Rosand, Shmuel Ashkenzay and Pamela Frank. She then went to Paris on a scholarship from the International Academy of Music in Cagliari. And there, she was awarded the title Diplome Superieur de Concertiste at Ecole Normale.

One of the Most Successful Violinists of Her Generation!

Tifu won the George Enescu Competition in Bucharest in 2007. According to specialists in the field of art, Anna Tifu is one of the most successful violinists of her generation.

Those are only some of orchestras among other many that she has involved so far.

Aziz Shokhakimov is the one who conducts the concert. So, the concert is going to be in Bursa on Feb. 25  and then, Eskişehir on Feb. 26. The next concerts will be at the CSO Concert Hall in the capital Ankara and Istanbul Lütfi Kırdar on Feb. 27, 28 respectively.

Anna Tifu also had the opportunity to work with leading maestros in the music world. Some of them are Yuri Temirkanov, Gustavo Dudamel, Diego Matheuz, David Afkham. She also worked with Juraj Valcuha, John Axelrod, Christoph Poppen, Justus Frantz.

Where Can I Buy the Ticket?

The Italian artist is going to take the stage today in Eskisehir, a city ff Turkey in the central part of Turkey. The tickets of the activity are available on biletix/event. Meanwhile, children under age 7 are not allowed. On the other hand, 7-year-olds and over are required to have a ticket.

Ticket prices vary from TRY 10 to TRY 75 depends on the location you choose and whether you are a student or not. The prices also change depending on the city. Which means concert prices in Istanbul are the most expensive one.

Plus, here is a video to be informed of the young Italian artist Anna Tifu before you buy your ticket for the concert;

The professional violinist Anna Tifu also uses social media. So, we are leaving her social media accounts for your benefit.

Consequently, please do not skip to share your comments with us. Furthermore, we wish you a joyful concert!