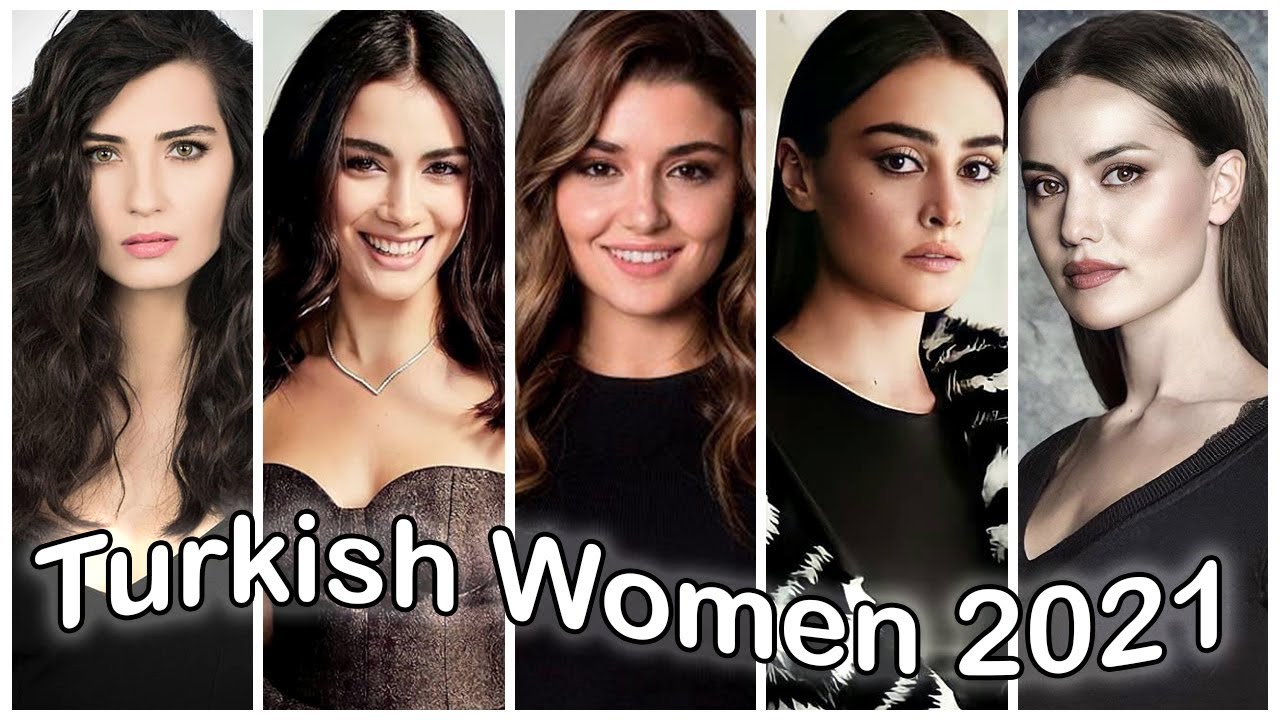 There are so many lofty adjectives to define the fascinating beauty of Turkish actresses. They are hot, sexy, gorgeous, fascinating, talented, and so on… Therefore, preparing a list of the most beautiful Turkish actresses is a difficult task. Yet, we are going to try to do our best even though it is heartbreaking to have to exclude some of them from the list.

Moreover, as the Turkish movie and TV series industry has a huge portion on the cake, the popularity of Turkish actresses has also been gradually increasing. That means most of the names on the list will be familiar to you. But it will only grow your admiration for their magical beauties.

Well, before diving into the blinding attractiveness of beauty, let us remind you that Turkey has more than 21 names. But besides that, we have prepared this list not only with regard to the beauty standards but also their activeness in 2021. Otherwise, we would have had to include hundreds of names here, which is impossible as you will see…

With her deep blue eyes and scarlet hairs, beautiful Turkish actress Aslıhan Güner resembles a cartoon princess. The 33-year-old actress has been starring in films and TV series. As for her latest TV series, she made a great debut with Kuzey Yıldızı İlk Aşk (Northern Star: The First Love). Thus, the actress, with her unusual beauty and talent for acting, is one of the most popular TV stars in Turkey.

The 26-year-old beautiful Turkish actress is a Turkish actress, model, and beauty pageant titleholder who was crowned Miss Universe Turkey 2014. Later on, she represented her country at the Miss Universe 2014 pageant. The actress is mostly famous with her role as Sena in “Çukur” (The Pit), for Rüya in the ongoing “Alev Alev” (Flames of Fate). And of course, for Elif Urazoglu in the internet series “Yarım Kalan Aşklar“. Dilan Çiçek Deniz is undoubtedly one of the most beautiful Turkish actresses with her flawless beauty.

You may not be so familiar with this name, or even you may not have heard of her name ever! We know this and that is why we are dying to introduce Ceren Benderlioğlu to you today as she deserves this. The 38-year-old beautiful actress has been on TV and cinema films. Nevertheless, she made her best debut with her role as Ömür in “Eşkiya Dünyaya Hükümdar Olmaz” (Bandits or Great Family). The popular Turkish drama, which elaborates the invisible contacts between the mafia and the deep state, also brought popularity to the actress.

However, the attractive actress is married to another actor Emir Benderlioğlu (sorry guys!). And she is a mother of a daughter.

The beautiful Turkish actress Özgü Kaya has been drawing attention since her nomination among the world’s beauties. In April 2020, the Turkish actress was nominated on “100 Most Beautiful List 2020“. Following the announcement of the list of TC Candler, many internet users have started to search for the name of the Turkish actress. She is only 25 years old and has already received great acclamation.

If we had to name only one person who left a mark to 2021 the most, that name would be no one but Öykü Karayel. With her role as Meryem in Bir Başkadır (Ethos), a Turkish original series on Netflix, the actress became internationally famous.

Öykü Karayel was starred in the Turkish history-drama Muhtesem Yuzyil: Kosem (Magnificent Century: Kösem). She also took part in a Turkish film in the year 2015 by the name Nausea (Bulanti in Turkish). This was a story based on the life of Ahmet who has to struggle with the loss of his beloved wife and son. Öykü played a key role in the film that had Zeki Demirkubuz (he was also director of the movie), Sebnem Hassanisoughi, and Öykü in the lead roles.

The actress was born on October 25, 1992, in Sinop. Her father is from Kastamonu and her mother is from Sinop. As for her education, she continues her higher education in Istanbul University Radio, Cinema, and Television Department. The actress received her acting training at Gazanfer Özcan and Gönül Ülkü theater. She also studied at the Sinop Municipality Conservatory. We did also mention on Ayça Ayşin Turan very detailed.

But the beautiful actress is best known for her role in Hakan: Muhafız (The Protector).

The 23-year-old young, beautiful and talented actress and musician Serra Arıtürk is 1.68 meters tall, and 54 kilos. As for her zodiac sign, it is Cancer. In addition to that, the actress is quite a popular name on YouTube with her records. She is going to act along with Kadir Doğulu in Aşkın Tarifi (Recipe of Love), a Turkish romantic comedy that starts on 7 June 2021, on Monday.

Ilayda Alisan is a young and beautiful Turkish actress in the Therapist mini internet series. She has been a rising and shining star recently. Her last accomplishment was being selected as the shining star in the 46th Pantene Golden Butterfly Awards. In this contest, she had been awarded along with Alina Boz and Ebru Sahin. They are also other accomplished young talents of Turkish televisions.

The actress is only 25 years old. And despite her young age, she has already accomplished great success. The beautiful actress has more than 2M followers on Instagram.

First of all, Melisa Şenolsun was born on 24 September 1996, in İzmir. She is only 25 years old. After the Ottoman Empire collapsed, her family then emigrated from Thessaloniki, Greece to Turkey. Additionally, the beautiful actress is pursuing her education in Istanbul State Conservatory, The Department of Theatre. On the other hand, Melisa Şenolsun completed her high school education at Izmir Gelişim College. Meanwhile, she is the younger sister of Efecan Şenolsun, who is an actor just like Melisa Şenolsun.

The beautiful actress made her best debut with Atiye (The Gift), a phenomenon Turkish original series on Netflix. With her amazing acting talent in the series, she gained popularity around the world.

The actress, Büşra Develi, is undoubtedly one of the most beautiful and attractive Turkish actresses. She is eye-filling with her impressive acting talent and extraordinary beauty. Büşra Develi is 28 years old and she has already appeared in so many successful Turkish series. Nowadays, the actress has been acting in the leading role in Akıncı (The Raider) Turkish TV drama. The story of the series revolves around the life of a Turkish superhero.

The actress has been recently on the agenda with her role as an agent for the Turkish Special Forces. With her role as Zehra in Teşkilat (The Shadow Team, or aka Ankara), the actress receives critical acclamation. Frankly speaking, she got over perfectly her heroic and patriotic role as an Army member. The 30-year-old actress, who is from Izmir, has been on the entertainment market in Turkey since 2011 when she was 20. Please click here for more information about Deniz Baysal Yurtçu.

The actress married the singer Barış Yurtçu in 2019.

Until her last role as “Mitra Şerifi“, an Iranian-Turkish young lady, we haven’t heard much of the name of this beautiful actress. However, she appeared in the phenomenon Turkish TV drama Kırmızı Oda (The Red Room). And then, the talented actress became viral both on social media and the internet.

Melisa Aslı Pamuk (born April 14, 1991, Haarlem) is a Turkish-born actress and model from the Netherlands. She is the winner of the Miss Turkey contest 2011. It is the Beauty Queen of Turkey Contest and published on FOX with the sponsorship of L’Oréal Paris. So, the final took place in Istanbul on June 3, 2011.

Before all, the actress is the most popular name on Instagram with more than 21.7M. Then, she is hot, sexy, beautiful, and a talented actress. Moreover, and in addition to her project, her name frequently appears on the agenda with her private life, too. The actress is 28 years old and from Balıkesir city, a city in the western part of the country.

Through this link, you can reach everything about the Turkish actress.

The beautiful actress Aybuke Pusat was born on 25 February 1995. Aybüke Pusat is a Turkish actress, model, and beauty pageant titleholder. Furthermore, she was crowned Miss Earth Turkey 2014. And was supposed to represent her country at the Miss Earth 2014 beauty contest. Her maternal family is of Tatar descent.

The 26-year-old Turkish actress is one of the most active, productive, and popular names in the Turkish series and movie industry.

Imagine a potential star who is only at the beginning of her 20s. With a pure beauty, great command of Russian, and a sincere personality… Alina Boz is nothing but an accumulation of all these characteristics. The actress is just 23 years old, yes, only 23.

Alina Boz played in Sevda’nın Bahçesi (The Garden of Sevda) Turkish TV drama. It was a TV Misi-Series and she acted as Defne. So now, hold firmly you all! Alina Boz is now going to take part in a new Turkish Netflix original! Netflix is preparing a new Turkish original series. The name of this series is Aşk 101 (Love 101). The genre of the series is a romantic comedy and it is going to start through the end of 2020. So, Aşk 101 (Love 101) is going to be a great step in Alina Boz’s future career.

The actress, Elçin Sangu is 36 years old and she was born in İstanbul. She studied in Mersin University Opera Department then she went to Yeditepe University Department of Fine Arts. After completion of her education, she had started to get small parts in various theatre plays, then her career on television has been started.

Her last role was with a Turkish original movie on Netflix, 9 Kere Leyla (Leyla Everlasting). The movie did not gain great success, yet she received a full mark from the audience with her performance.

The versatile Turkish actress became a world-famous star after her shining role in Early Bird/Daydreamer Turkish romantic comedy. And most of you probably met Demet Ozdemir with her leading role as Sanem.

The attractive Turkish actress Demet Ozdemir has recently been on the agenda of Showbiz. She especially has become a phenomenon after the Early Bird/Daydreamer Turkish TV series. Because she made a perfect job with her partner Can Yaman. Thanks to their perfect harmony, they both became famous characters all over the world. But, Demet Ozdemir’s career actually goes back a long time ago.

She has last been acted in Doğduğun Ev Kaderindir (My Home My Destiny), a popular Turkish TV drama.

Thanks to her debut in Aşk-ı Memnu – The Forbidden Love (aka Amor Prohibido) between 2008-10, Beren Saat’s popularity spread all over the world. Since then, she has never lost her crown in TV series and movies. What’s more, she takes her place among the beautiful Turkish actresses.

So, the last series of Beren Saat is the Atiye (The Gift). The internet series is the second original Turkish series on Netflix. Apart from her past TV shows, Netflix brought her wide audience from the Western part of the world, too. However, apart from all the projects she involved in, the actress is also always on the agenda with her sensibility on social matters.

The charming Turkish actress Burcu Biricik is also another shining star among Turkish celebrities who has increased her popularity in 2021. Apart from being a very talented actress, she is also one of the most beautiful Turkish actresses.

You can simply click here to learn every single detail about her. But here are the TV series in the last year in which she took part. In these series, both the projects and the actress became incredibly successful.

If you step back to consider your knowledge about Turkish actresses, there is no doubt that she is one of the first ones to remember. She is, moreover, Turkey’s internationally most famous one, as well. The actress is now in her 40s and is a mother to 2 daughters named Toprak and Maya.