Turkish actor Uğur Güneş has been in demand in recent years. The successful film and television actor has found a place for himself in some iconic TV series and dramas. Besides, he already has a growing fan base both in Turkey and abroad.

Therefore, a great deal of audience has been storming to the search engines to explore more about this handsome Turkish actor. People keep asking who is Uğur Güneş, how old is the Turkish actor, is the Turkish actor single or not, and so on. So, we are going to try to ease your curiosity and answer all your questions about him.

Who is Uğur Güneş?

Let’s start with Uğur Güneş‘s age. The promising actor was born on 10 November 1987, in Ankara. He is a Turkish film and television actor. Well, Uğur Güneş spent his childhood in Ankara. As for his family, he has one brother and one sister. As for the question of how he started acting, he followed a friend’s suggestion and went to Ankara Art Theatre. After graduating from Ankara University Language, History and Theatre School, the actor took acting as a profession.

Güneş rose to fame by playing the character Çetin in the series Urfalıyam Ezelden. In this series, the actor starred along with the eminent Turkish actor Bülent İnal.

He also gained huge popularity for his role as Tugtekin Bey in Diriliş: Ertuğrul (Resurrection: Ertugrul). With this role in the series, he received the Best Actor of the Year Award by the Ankara Ministry of Youth. The historical drama went an international phenomenon, and became one of the most popular TV dramas in the world, ever! (Turkish Game of Thrones).

Güneş received great appreciation for his performance in the İsimsizler (Nameless) TV series. And thus, he won the Jury Special Award at Young Turkey Summit Academy Awards 2017. As of 2018, he starred in the Turkish TV drama Bir Zamanlar Çukurova (Bitter Lands or Once Upon a Time in Çukurova) as Yılmaz. Güneş received the best series trio award for his role in Bir Zamanlar Çukurova at the 24th Golden Lens Award Ceremony.

Güneş made his debut on TV with the Turkish drama series Yeniden Başla (Start Again). The series aired on TRT in 2011. Next, he appeared in the ATV TV series Benim İçin Üzülme (Don’t Worry for Me). The show, which was a notable success for him, continued for 2 seasons. As for the cinema, Uğur Güneş made his first appearance with Tamam mıyız? (Are We OK?) in 2013. Later, he appeared in the Turkish horror movie Şeytan-ı Racim (Devil) in the same year.

When Did He Begin to be Popular?

The Turkish actor began to be popular with his role as Tugtekin Bey in the iconic Turkish historical drama Diriliş: Ertuğrul (Resurrection: Ertuğrul). Thus, with his appearance in the series, he received the Best Actor Award from the Ministry of Youth and Sports in 2016. In 2014, he played the character of Çetin in the TV series Urfalıyam Ezelden (Devoted). Furthermore, Uğur Güneş also worked in a mini TV series Seddülbahir 32 Saat (Seddülbahir 32 Hours) in 2016.

As we also stated above, the actor played the character of Fatih in the action TV series İsimsizler (Nameless Squad). Lastly, he started in the Bir Zamanlar Çukurova (Bitter Land) TV series in 2018 and won critics’ praises. The actor, moreover, also played Cemal Tunalı, which was a patriotic character in the movie Cep Herkülü: Naim Süleymanoğlu. The movie was based on the life of national weight-lifter Naim Süleymanoğlu.

Well, at last, Uğur Güneş is going to star in a brand-new Turkish series Kanunsuz Topraklar (Shady Lands). The series will air in September and in this project, the actor is going to share the leading roles with the famous Turkish actress Esra Bilgiç.

In the series, we will watch the impossible love between Malik’s daughter Gülfem (Esra Bilgiç), who is rich by operating a coal mine in Zonguldak, and Davut (Uğur Güneş), who works as a worker in Malik’s mine.

Does Uğur Güneş Have an Affair?

The handsome Turkish actor Uğur Güneş came to the fore with the news that he was with the beautiful actress Hilal Altınbilek for a while. They were costars in Bir Zamanlar Çukurova (Bitter Lands). However, as of today, we don’t really know whether or not the popular Turkish actor has a romantic affair.

So, the accomplished actor and Turkish celebrity Uğur Güneş have more than 556K followers on Instagram. As for Twitter, at the moment, the actor has relatively fewer followers, a little more than 3K. So, for those who wish to monitor him closer, here are the actor’s official social media accounts which he uses actively. 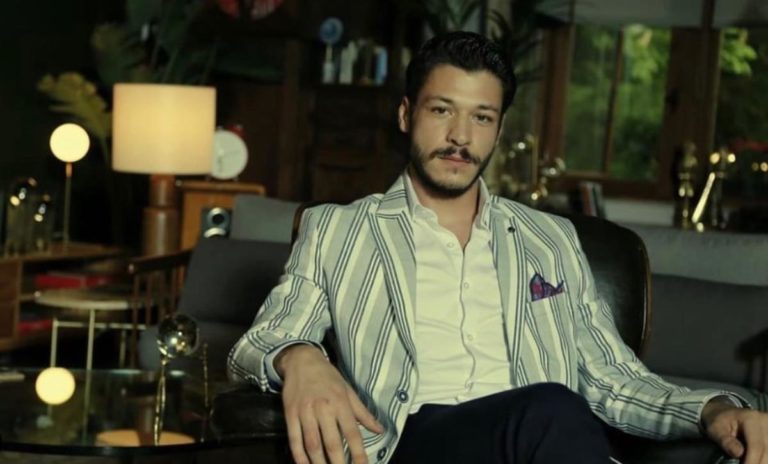