Show TV is ready to appear in front of its audiences with a new assertive production Northern Star: The First Love. The Northern Star Turkish TV series is now about to be aired with the 4th episode and has lots of fan in advance.

What is Northern Star: The First Love TV Series About?

Aslıhan Güner (acted as Yıldız Kadıoğlu) has loved Ismail Demirci (acted as Kuzey Mollaoglu) for as long as she has known. Yıldız of Northern Star has seen no one but him. Families are also friendly to each other. Kuzey and Yildiz are engaged. However, when Kuzey goes to Istanbul to study at university, he forgets all his words, and moreover, sets sail for a new love.

When Kuzey’s family learned this, everyone in the village excommunicated Kuzey, including his own family. Kuzey married the woman he loved. He had three children. After twenty years, he experienced the same pain as Yildiz already had. But, the woman he loved abandoned him. In short, while Kuzey returns to his hometown with his three daughters, Yildiz on the other hand, swore to send him where he came from.

Kuzey and Yildiz are two stubborn goats above a bridge. Furthermore, they are two vicious waves of the same sea.

The Cast of Northern Star: The First Love

First of all, the word “North” in The TV series Northern Star: The First Love refers to a geographical area in Turkey. We also call it the Black Sea region, in the northern part of Turkey. So, this part of Turkey is mostly known as its rough men, as well as their loves! In this respect, the geography and the story of the series go parallelly.

On the other hand, Northern Star: The First Love Turkish TV comedy consists of a very impressive cast. While Aslıhan Guner and Ismail Demirci play the leading roles, master actors like Cezmi Baskin (acted as Yasar) and Huseyin Soysalan (acted as Seref) accompany to them.

Cezmi Baskin (acted as Yasar Kadıoglu) is the father of Kadıoglu family. Yasar ad Seref was their best friends once. But now, they don’t even greet each other.

Huseyin Soysalan (acted as Seref Mollaoglu) is the father of Kuzey. Like Yasar, Seref is now the biggest enemy of him. And Kuzey is the only reason for this hostility. Therefore, neither he wants to see his own son, nor his daughters.

Where Can I Watch Northern Star: The First Love Turkish TV Series?

Turkish comedy and drama started on the 14th of September, 2019. Northern Star: The First Love can be watched on Show TV/Kuzey Yildizi İlk Aşk every Saturday at 20.00 with Istanbul Time. Other hands, Kuzey Yıldızı İlk Aşk Official Youtube page gives the opportunity to be able to watch it.

We will keep updating the latest information for the Northern Star The First Love Turkish TV series. Please don’t forget to follow us. What’s more, don’t hesitate to share your comments on the TV series.

So far, we have published many Top Turkish series lists on this very website. You have all read them and shown great interest, for which we are grateful. However, this list will amaze you and we claim that it is the best and the most detailed list that has ever been written on Turkish TV… 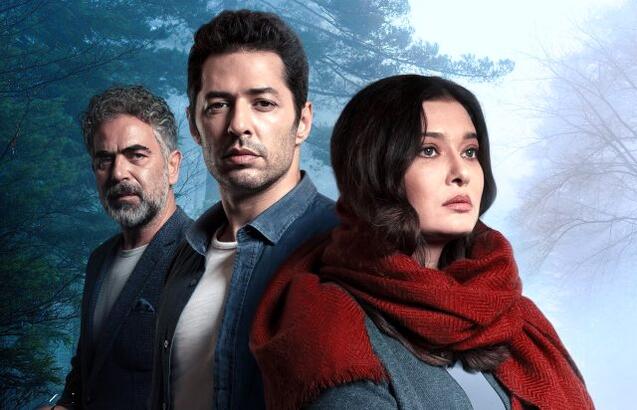