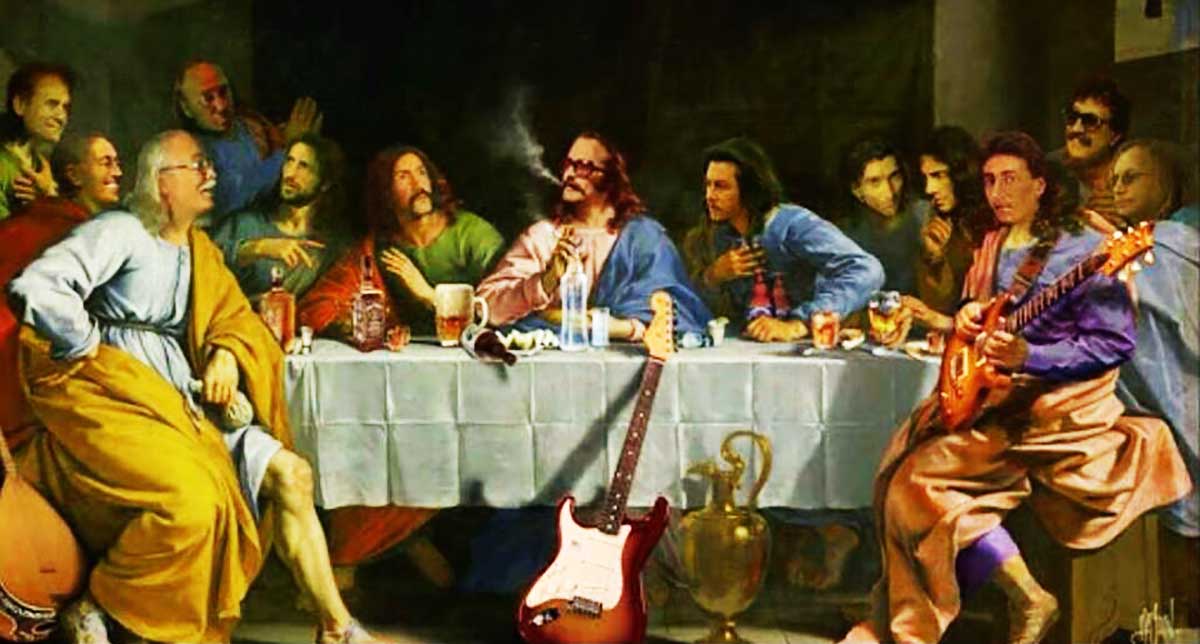 When the topic is rock band, or else, when we talk about some of the best rock bands all around the world, Turkish rock is not the first one that comes to mind. And that’s fair enough! It was Britain that dominated the genre during the 1950s and 1960s. Liverpool, as a coastal town back then, led this type of music in the world. So, as a result of it, the country raised some legendary bands, —such as The Beatles, Queen, Coldplay, and so on…

During the same period, and later on, however, rock music bands started to sprout in Turkey, basically in Istanbul. The reason for the spreading of this new musical genre was because of Istanbul’s growing popularity as a city to explore. It was particularly valid for Western travelers and nomads heading towards India and Nepal.

Just like we stated in our previous article, Top 17 Best Turkish Rappers You Are Gonna Love, the best Turkish rock bands owe their improvement to their predecessors in the world, too. They perfectly combined traditional Turkish folk elements with popular rock music from the West.

Eventually, it gave rise to highly unique but equally controversial trends both in music and the mentality of the nation. It was true that a new and different generation was on rising in Turkey. However, Turkish people of the period were not ready to accept the new generation of youngsters. But, who were these shaggy kids? Well, they were those who were wearing jeans and leather jackets. So, more conservative people perceived them as provocateurs and a threat to moral values.

Hayko Cepkin was born on 11 March 1978, in Istanbul. The eminent musician is a Turkish artist of Armenian descent. Cepkin has been successfully combining heavy guitar music with gentle melodies and his spectacular vocals. He also draws great attention with his provocative and a bit scary outlook!

Duman is a Turkish rock band that has been producing high-quality rock music with influential sound since 1999. The band musically combines elements of traditional Turkish folk music with modern rock and grunge. They are nothing but legendary that left their mark on Turkish rock music for the last quarter-century.

Manga is a rock band from Turkey whose music is mainly a fusion of Anatolian melodies with electronic elements. In 2009, they won both the Best Turkish Act award from MTV Turkey. And consequently the Best European Act award from MTV Networks Europe in MTV Europe Music Awards 2009. More importantly, in 2010, the band also represented Turkey at the Eurovision Song Contest. They performed with the song “We Could Be the Same” and took second place.

Mor ve Ötesi is a Turkish alternative rock band from Istanbul. The band achieved mainstream success with the release of the album Dünya Yalan Söylüyor (The World is Lying). In 2008, the band represented Turkey in the Eurovision Song Contest in Belgrade with the song “Deli.” Mor ve Ötesi is indisputably one of the best Turkish rock bands. They, what’s more, left their mark forever on our generation’s musical taste.

There their amazing live performance with the Istanbul symphony orchestra:

The female legend Şebnem Ferah was born on 12 April 1972, in Yalova, Turkey. She is one of the rare female singers, songwriters, composers, and guitarists. The musician was the lead vocalist of the all-female hard rock band Volvox until 1994. Later on, she decided to go on to pursue her solo career. Her music style varies from pop-rock to hard rock, though her later albums have progressively incorporated more of the hard rock sound.

Here is an unforgettable performance of her:

The band is relatively less popular. It is an underground melodic black metal band. So, the member of the band formed Ominous Grief in 1998 in Ankara, Turkey. The band has released one full-length studio album and one EP. The truth is there’s little information about the band and its current situation.

Pentagram a.k.a. Mezarkabul is a leading Turkish heavy metal band. The foundation of the band is in 1986. Guitarist Hakan Utangaç and former drummer Cenk Ünnü were the two who created the band. Mezarkabul is known for integrating Anatolian elements into its music. Mezarkabul means ‘accepting the grave’, ‘grave admittance’ or literally ‘grave accept’ in Turkish.

3 Hür-El was a Turkish rock band, formed in 1970 by siblings Onur, Haldun and Feridun Hürel. They are one of the most popular Anatolian rock bands ever that perform folk-driven pop and rock music.

In the video below, you will be surprised to see how Turkish rock music has evolved over time. You will also enjoy listening to one of the best Turkish rock bands ever.

Erkut Taçkın was born on September 7, 1940, in Istanbul, Turkey. He is another magnificent representative of Anatolian psychedelic rock music. And yet, we also know very little about him.

He is a total musical genius. So, the musician Fikret Kızılok was born on November 10, 1946, and sadly died on September 22, 2001. Fikret Kızılık was definitely a pioneer of Turkish rock music, a prolific songwriter, impresario, multi-instrumentalist, and an early experimentalist. Believe it or not, even though the artist lived only 55 years, he squeezed 13 gold records into his career. What’s more, he also has many number one singles. He was also an innovative instrumentalist and album arranger. What we must state here is that he was the first to incorporate sitar and Indian tabla within Turkish pop music.

So, here is one of the other best Turkish rock bands. However, the band is also famous for its blues records, as well. Batu Mutlugil (guitar), Yavuz Çetin (guitar), and Zafer Şanlı (bass guitar) founded the band in 1990. The band became one of the cornerstones in the progress of Turkish rock and blues sound. But sadly, the band dissolved as a result of some tragic facts.

Yavuz Çetin, a musical genius, committed suicide. And Zafer Şanlı, another genius had some serious psychological problems that he couldn’t get over with. So, at the end of these dilemmas between insanity and genius, the band came to end.

Apart from his music, Mehmet Barış Manço was also a beloved figure both in Turkey and the country’s music. He was a kind, gentle, and beloved rock musician whom Turkish people have loved and admired. The musician was born on 2 January 1943 and died on 31 January 1999. He was a Turkish rock musician, singer, songwriter, composer, actor, television producer, and show host. Barış Manço, even though it is hard to believe, composed around 200 songs. Furthermore, he is among the best-selling and most awarded Turkish artists to date.

Muhtar Cem Karaca, commonly known as Cem Karaca, was born on 5 April 1945 and died on 8 February 2004. He was one of the most important figures in the Anatolian rock movement. He worked with various Turkish rock bands. To name some of those, Apaşlar, Kardaşlar, Moğollar, and Dervişan are the first ones that come to mind. With these bands, he brought a new understanding and interpretation to Turkish Rock.

Well, the legend, Erkin Koray, was born on 24 June 1941. He is is a singer-songwriter, guitarist, what’s more, and one of the pioneers of Anatolian rock in Turkey. Indeed, he is commonly famous for being the first person to ever play rock and roll in Turkey. He, furthermore, was one of the first Turkish musicians who combined modern amplification and electric guitar.

Well, here we are at the end of our list that contains the best Turkish rock bands. Did you like the list? Then, listen to them and tell us which one of them did you like the best.

Let’s meet in the comments…