The acclaimed Turkish actress Hatice Şendil finally returns to the TV screens after a long break! The beautiful and talented Turkish actress has been away from TV screens for a long time. The Turkish actress had broken this silence in 2020 with her role as Terken Hatun. The series in which she starred in the lead role was the historical Turkish drama Uyanış: Büyük Selçuklu (The Great Seljuks: Guardians of Justice).

Well, the actress is now appearing on TV with a brand-new TV series Iyilik (The Goodness). In the series, which is going to be released on April 29, the actress stars as Neslihan. The character is a strong woman of the family who fights fearlessly to prevent her family from breaking apart.

So, popular Turkish actress Hatice Şendil Şağyaşar is also a model. The Turkish actress starred in many Turkish movies and series including Karadağlar (Karadag Family), Dila Hanım, Kaderimin Yazıldığı Gün (A Part of Me) and Uyanış: Büyük Selçuklu (The Great Seljuks: Guardians of Justice).

In 2001, the actress competed in Miss Turkey and took third place in the competition. So, as a result, Hatice Şendil represented her country in the Miss Europe beauty pageant. And there, she earned fourth place. In 2001, she had a role in the music video for Çelik Erişçi’s song “Töre” (literally custom). So, in the meantime, she took acting and horse racing lessons.

In the following years, the Turkish actress Şendil appeared in supporting roles in various TV series. In 2008, she appeared in the phenomenon Turkish TV drama Kurtlar Vadisi Pusu (Valley of the Wolves: Ambush) as Ebru Alemdar. With this role, she gained great acclamation for the very first time.

The Main Breakthrough of Hatice Şendil

The main breakthrough in Hatice Şendil’s acting career came in 2012. It was with the leading role in the TV series Dila Hanım. In this Turkish TV drama, the popular actress acted along with Erkan Petekkaya, Mahir Günşiray, Necip Memili and Yonca Cevher. In 2014, she was cast opposite Özcan Deniz in the series Kaderimin Yazıldığı Gün (A Part of Me). Well, the series received great success with high ratings in Turkey.

She also began acting in the historical Turkish drama series Uyanış: Büyük Selçuklu (The Great Seljuks: Guardians of Justice). In the series, the actress acted in the role of Terken Hatun in 2020. She took place in this series for 34 episodes.

The series is going to be on TV on April 29. So, you can read the detailed review of the series by clicking here.

The Private Life of Hatice Şendil

Hatice Şendil was married to Dursun Yandik for 1 year and then, the two divorced. Afterward, the Turkish actress Hatice Şendil married Burak Sağyaşar in 2015. The couple had a son from this marriage and named their son Can in 2017.

The accomplished actress and Turkish celebrity is quite a popular name on social media. The Turkish star now has more than 1.7M followers on Instagram. As for Twitter, the actress does have 50.7K followers. 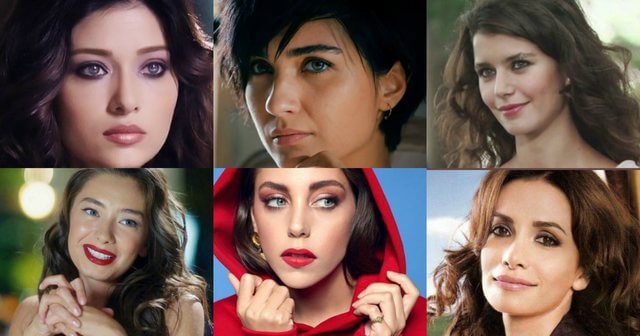