Are you a fan of Turkish recipes? And what’s more, you are a fan and enthusiast of eggplant (or aubergine, you name it as you wish!)? If your answers are ‘yes’ for both questions, then you are at the very right place! You had better prepare your pens and papers and start making notes! Or … Read more 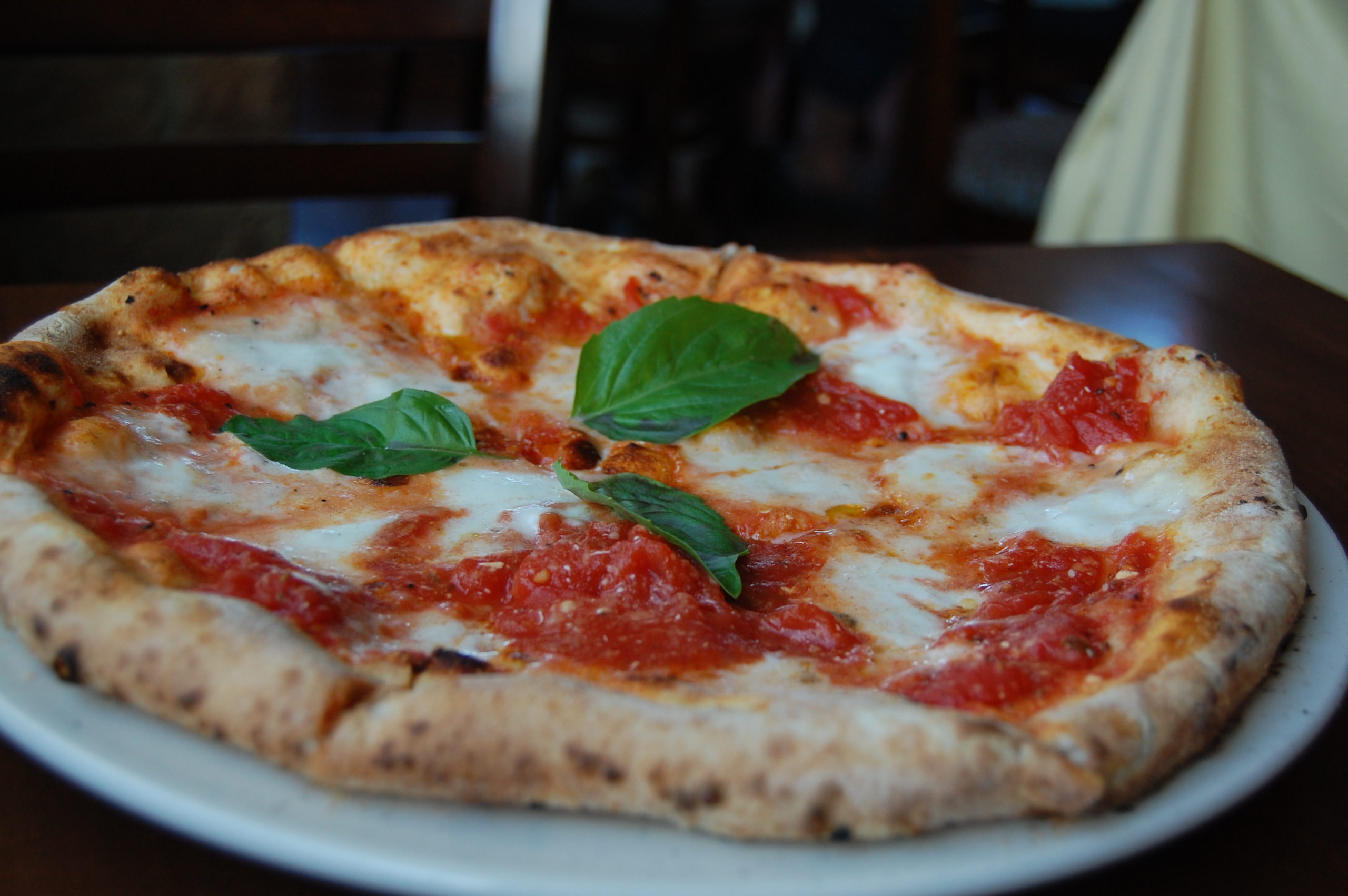 That’s right… You see right! Following our Turkey’s best street foods list, now we are before you with another mouth-watering list. Recently, a world-famous website Taste Atlas listed the world’s best foods. The website, which has millions of users around the world, shared some of the most delicious traditional foods in the world. So, behold! When it comes to the matter of foods, Turkey is always a guest of honor!

There is no love sincerer than the love of food

He is totally right, isn’t he? When you concern about the delicious foods, tasty flavors of the world’s kitchens, it is out of the option not to agree with the thinker. So, as we people live in Turkey, we are proud of our delicious traditional delicacies. We have every right to be! And here is the proof of it. In the top 15 of the world’s 100 best foods list, there are not one, two, three, but five Turkish flavors!

But what are they? Which delicious Turkish foods did succeed to enter the list? What are the origins of other dishes? So, let’s keep on digging and scrolling down for the rest of the text…

Arroz de marisco is a delicious Portuguese dish consisting of rice and various seafood ingredients. Unlike the popular Spanish paella, this Portuguese variety is not completely reduced and is often described as a thick rice stew. It can employ various seafood ingredients such as prawns, mussels, squid, or clams, and is usually seasoned with fresh herbs and white wine, then complemented with vegetables such as peas or tomatoes.

One of the simplest, yet most luxurious rice dishes, this creamy risotto gets its vivid color and flavor from saffron. According to legend, the creation of the dish goes back some time to the 16th century, during the construction of Duomo. Apparently, either the master glazier of Milan’s cathedral invented it, a Flemish painter named Valerio Diependale, or his apprentice, nicknamed Zafferano (lit. saffron), who regularly used this expensive spice to stain the glass windows yellow.

Gyros is one of the most popular Greek street food dishes. It is consisting of meat such as pork and chicken (in Greece) or lamb. It may also include veal (popular in other countries) cooked on a vertical spit. The meat is sliced in thin shavings and is then usually placed in pita bread along with sauces. They are such as tzatziki and vegetables such as tomatoes, onions, lettuce, and cucumbers.

Dolma is Turkey’s national dish, and it signifies any sort of vegetable stuffed with a mixture based on rice. For traditional dolma, grape leaves are stuffed with rice and ground meat. Stuffed leaves were first made at the court of King Khusrow II in the early 7th century.

The dish is one of the staples of traditional Turkish cuisine. It consists of a filling that is snugly surrounded by leaves or leafy vegetables. There are numerous versions of this dish but the mixture typically combines ingredients. The ingredients are such as minced meat, rice or bulgur, various herbs, seasonings, red pepper, paprika, ground sumac, or tomato sauce, while the typical wrapping usually includes vine, cabbage, or sauerkraut leaves, or a variety of leafy vegetables such as collard greens and swiss chard.

Cochinita pibil is a pork dish with origins in Mexico’s Yucatan area. You should marinate the meat in a combination of annatto paste, bitter orange juice, and garlic. After baking it slowly, and then shred, then serve on tortillas, tacos, or on its own with shallots, pickled onions, salsa, and various roasted vegetables.

The famous Japanese gyoza is crescent-shaped dumplings. The origination of the food is from the traditional Chinese jiaozi dumplings. Local people slightly altered the recipe to accommodate the Japanese taste. And thus, gyoza soon became one of the favorite Japanese meals.

This refreshing, cold beetroot soup is a part of traditional Lithuanian cuisine. It consists of a creamy blend of pickled or boiled beetroots and tangy kefir or buttermilk, poured over grated cucumbers and hard-boiled eggs. The whole soup is generously seasoned with dill and usually left to sit until all the flavors are thoroughly combined.

Tacos al pastor is a Mexican dish consisting of thin slices of shaved pork from a rotating spit, placed on a tortilla and topped with onions, chopped coriander, pineapple chunks, chili, and salsa. The dish evolved from the Lebanese culinary traditions that arrived in Mexico in the late 19th century along with numerous immigrants.

Kebab döner is the 5th on the list of the world’s best foods. Döner kebab is a delicacy that people from all around the world know. It is consisting of grilled pieces of meat. The vendor shreds it from a vertical skewer. The meat is typically seasoned with fresh herbs and spices. Originally, the döner’s meat was exclusively lamb. But today in Istanbul, there are kebabs that people prepare with a combination of lamb and beef, or sometimes only with beef.

It is a traditional Peruvian dish consisting of stir-fried marinated slices of sirloin or beef tenderloin, onions, yellow Peruvian chilis, and tomatoes. Traditionally, people serve the dish with French fries and rice on the side. And, you can find the dish on the menus of almost all Peruvian restaurants, whether simple or upscale.

Ramen is a noodle soup that first appeared in Japan in 1910 when Chinese cooks combined the noodles with a salty broth. These curly noodles were of bright yellow color and more elastic than the Japanese noodles at that time. The dough was kneaded with sodium carbonate-infused mineral water. So, the name of this special water was kansui. Speaking of which, it is incredibly delicious food!

As for the world’s second-best foods, the credit goes to Adana kebap. It is a popular skewered meat dish. Its name derives from one of the most famous kebab cities in the country, Adana. Ground lamb and tail fat are the main ingredients of this kebab. And so, the chef has to knead them together. The chef also has to use garlic, onion, paprika, and hot red pepper flakes. Thus, this way of cooking the kebab will give it a deep red color and a spicy flavor.

Pizza Margherita is a delicacy that is literally fit for a queen. In 1889, Queen Margherita of Savoy visited Naples, where hosts served her a pizza. The pizza was resembling the colors of the Italian flag: red tomatoes, white mozzarella cheese, and green basil.

A chef Raffaele Esposito of Pizzeria Brandi had made the pizza. People then credited him for his invention. The Queen loved the dish, and Esposito named it after her – pizza Margherita. However, some others had already made such a pizza before that time and can be dated back to at least 1866. It is the time when the most popular pizza toppings included basil, cheese, and tomatoes. But the name of the pizza was not Margherita yet.

Since those times, Margherita has become one of the most popular pizza varieties in the world. And in 2009, it became to be under protection as one of the three Pizza Napoletane with an STG European label of protection. It proves its excellence in flavor, ingredients, and traditional pizza-making techniques.

“Chicken Saute” is one of the favorite main dishes of Turkish cuisine. It is very easy and economical to prepare. It is made with chicken breast and many other ingredients that can add a different flavor to the dish. You may find chicken breast tasteless; however, the ingredients we are going to use will change … Read more

As our followers, you are already familiar with some of the famous members of Turkish cuisine. Corn souffle recipe is not among them, yet once you try, you will love its taste. The “Souffle” word, by the way, is derived from French. So, the word souffle, which originally comes from French, means “delicious” in English. … Read more

You are burger addicted, yet you don’t know where to find the best burgers in Istanbul? You wake up late in the night and screaming out for a delicious burger with crunchy fries? It is completely fair now that you are a big fan of a yummy burger and look for a place for the … Read more

In Turkish cuisine, “meze” is a group of foods served as a series of appetizers or starters before the main course arrives. If you’re dining out, “meze” dishes are often so plentiful and delicious, they end up overshadowing the rest of the meal. So, Turkish fried feta rolls are definitely one of them! You can … Read more

Have you ever heard of lemonade that is not sour? Take a sip of Turkish lemonade and you’ll be surprised at its refreshing lemon taste without the sourness. The lemon rinds and sugar are either rubbed together or cooked before they are mixed with the lemon juice. This leaves you with a smooth, sweet lemonade … Read more 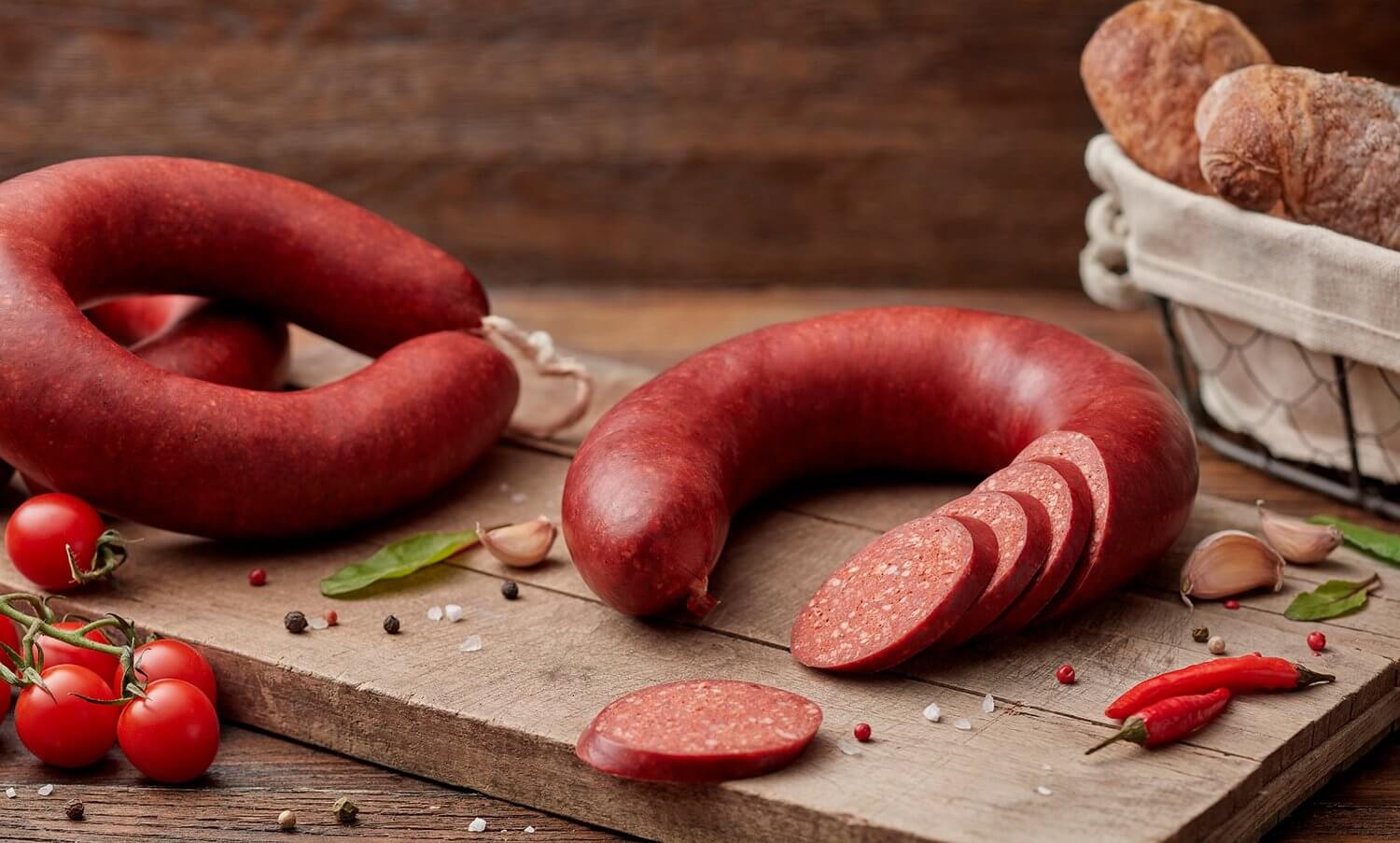 Turkish cuisine or kitchen is a bridge between the Middle East and the Mediterranean, just like the country itself. And so, one of its most representative dishes is Turkish sucuk, which is a spicy beef sausage. Find out all about this meaty little sausage that packs a big punch of flavor and how you can … Read more

To begin with, the Turkish Feast Pilaf is one of the most favorite rice in Turkey. The flavor comes from Turkey and people often use it as stuffing or serve with turkey. It is cinnamony and sweet because of the spices that rise contains. The rice goes very well with a Thanksgiving meal. This is … Read more

We claim here that they are Turkish but, of course, pretty much every country in this region claims to own it: poğaça! You can buy these at every pastry shop or street vendor in Turkey. It offers you many different options with fillings ranging from minced meat and potatoes to cheese and herbs. When made … Read more