It is claimed that Çağatay Ulusoy and Serenay Sarıkaya, the starring of the tv series The Tide, are dating.

In the Tide tv series, Mira(Serenay Sarıkaya) and Yaman(Çağatay Ulusoy) playing the young lovers. Two well known player became closer in the set of sequences and it is claimed that their friendship turned into love.

Serenay Sarıkaya’s private life was in trouble as she was seen with businessman  Murat Süğlün. After having really hard times, her costar Çağatay Ulusoy helped her and he never let her alone in those hard days. Likewise, Serenay Sayıkaya also helped Çağatay Ulusoy in the judicial period of the drug issue.

This companionship suddenly turned into love and it is claimed that the couple has been dating for one month and their fans are already liked this relationship news. As they are both good looking and young stars, many teenagers take them as idols and their relationship is considered that best couple ever.

Tuvana Türkay: The One of the Most Anticipated Turkish Actresses of Last Years

Firstly, Tuvana Türkay is the indisputably one of the most popular Turkish celebrity figures of the last years. So far, many people have been...
Read more
Celebrities

Here we are again in front of you with a list of the most popular Turkish Instagram accounts. With around 1bn monthly active users, Instagram is...
Read more
Celebrities

The name Hande Erçel has been very popular lately. Her popularity has incredibly increased in the last years. Indeed, Hande Erçel is now a...
Read more 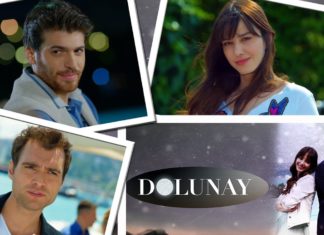 Tuvana Türkay: The One of the Most Anticipated Turkish Actresses of...