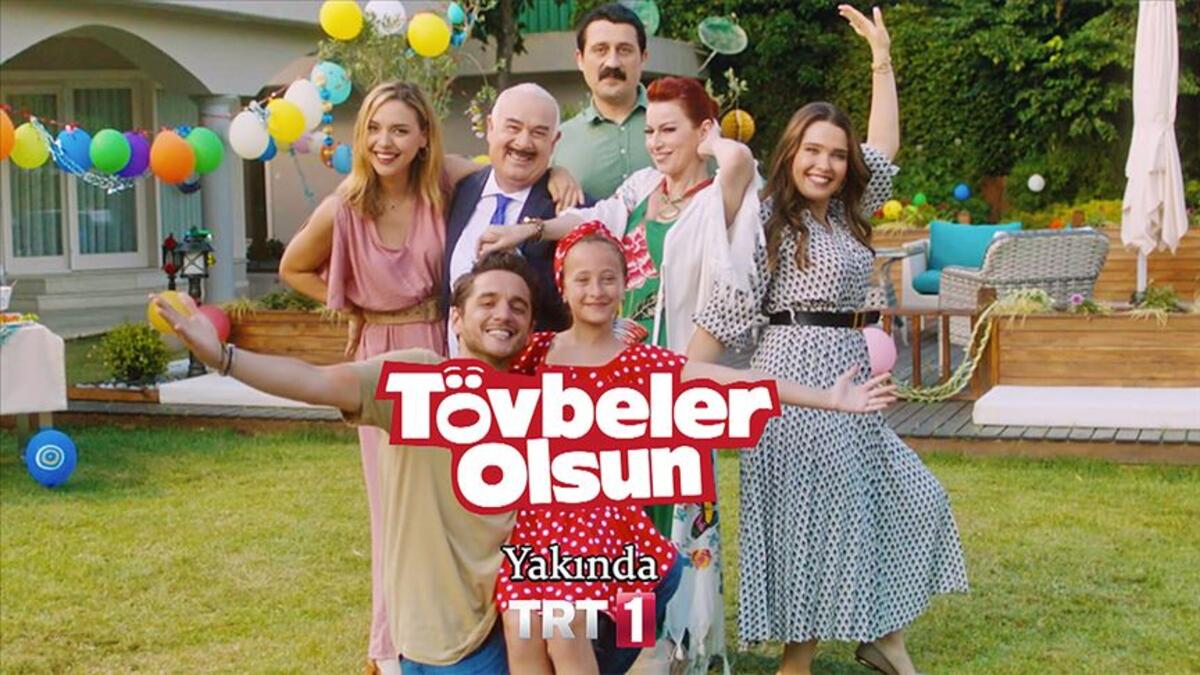 Post-COVID-19 Period in Turkish Televisions is about to start. We seem to hear what you say “Finally!” That’s right! Millions of fans of Turkish series & dramas from both Turkey and abroad have been dying for Turkish series to start. And so, here they are, both those gave a break after COVID restrictions and the new ones…

So, “Tövbeler Olsun” (a proper translation into English might have been “Never Again”) is one of the new ones. Let’s now introduce you to this new Turkish comedy series. Have an enjoyable read!

Post-COVID-19 Period in Turkish Televisions has assumably had a negative effect on Turkish TVs. Many series either gave a break to the set or said goodbye with obligatory finale episodes. Here, the “Tövbeler Olsun” Turkish comedy series appears as a new and exciting project on TV. The series attracts attention with its highly talented cast, as well as its comedy elements.

When did “Tövbeler Olsun” Begin?

The new comedy of Turkish state-owned television channel TRT has begun to be broadcasted on August 9, on Sunday. At first, the series attracts attention with the talented and master cast. “Never Again” will be on TRT 1 every Sunday at 20:00 with new episodes.

What is the Story of the “Tövbeler Olsun” Turkish Comedy Series?

The show depicts the “big change” of a jewelry maker from “stinginess” to “generosity.” Thanks to this change, an interesting chain of events takes place, which makes some people think and laugh more.

The series has a very impressive cast. The series, indeed, is the meeting point of some of the most talented and master Turkish actors and actresses.

Where Can I Watch Tövbeler Olsun Turkish Comedy?

There are several platforms that ensure you to watch this new comedy. First, you can watch Tövbeler Olsun (Never Again) Turkish comedy series through its official channel. By clicking here, you will go to the official channel of the series.

YouTube, on the other hand, is another option as always it is. Here is the YouTube channel of the series, by which you can also watch the series.

In addition to the official channel and YouTube, you can also follow the “Tövbeler Olsun” (Never Again) series through its official social media accounts.

So, we hope you like the article. Please do not hesitate to share your opinions with us as they are very important.