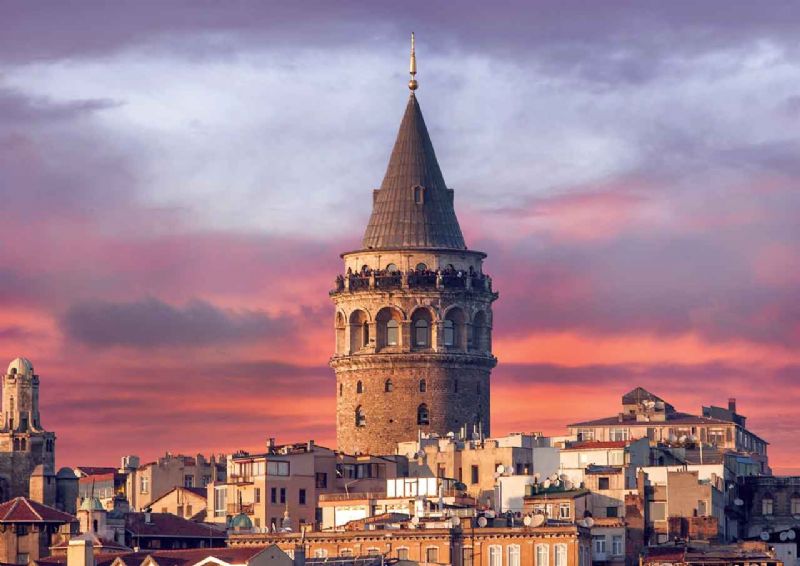 İstanbul is a wonderful city with many attractions including great natural wonders like the Bosphorus, ancient temples, great museums and lots of sights.

If you are planning to visit İstanbul, you’ll enjoy our list. Coordinates will be given as Google Maps link, if you are using Evernote style note app or other bookmark for offline use, you may copy this page and find your way with your mobile device as long as you’ve installed an offline İstanbul map or cache İstanbul map in Google Maps.

Taksim Square is the heart of modern İstanbul. İstiklal Avenue is the most visited place with lots of shops, cafe’s, bars and clubs. Taksim Square, İstiklal Avenue and whole Beyoğlu(Pera) are historically important places, but there is a new attraction point since June 2013

In June 2013 very important events happened in Gezi Park. Starting as an enviromental protest to protect the park transformed into people’s movement for better democracy, human rights and freedom request. The clashes were very big and mostly broadcasted global televisions. Gezi Park protests already become one of the most important moments in modern Turkey’s history and the park must be seen to the memory of the fight which seems to be won by the people. You may see more information from wikipedia article of Gezi Park protests

Basilica Cistern is not just a water supply facility, it is one of the most exciting historical places of the Byzantium era.

The architecture and the art which included in the columns makes Basilica Cistern one of the most exotic places in İstanbul.

The Medusa(upside down headed) and the marks on columns which represents the slaves lost in the construction of the cistern are unique artworks.

Hagia Sophia is probably one of the world’s wonders both as a temple and also as a construction miracle with its record breaking dome with 32 meters radius.

It has wonderful tiles, christian paintings and great marble works inside the temple. It was built to show Byzantium’s power and pride. In Ottoman era, Hagia Sophia transformed to a mosque(Aya Sofya) and after the collapse of the empire, new Turkish state transformed Hagia Sophia to a museum.

If you like historical wonders, Hagia Sophia is a definitely must see place for you.

Once upon a time, an emipre ruling to three continets and has all the power on Mediterranian, was ruled from this palace.

And the palace also consists a special part: Harem

Sultan Ahmet Mosque (Blue Mosque) was built to show Ottoman Empire’s power and religious impact. It was just build just across the Hagia Sophia to compete the arcitectural capabilities of the Empire against Byzantium.

It has a great inner atmosphere and dome painted with Islamic arts.

The Archaeological Museum is the main museum and it includes lots of ancient artifacts, lots of tombs, very old cultural artifacts. And has more items than British Museum. The museum is underrated, and you will be surprised with its richness of artifacts. Even its garden is full of statues and tombs from all periods of Anatolia. Also most remarkable item is Alexander Sarcophagus

Here is a video of Alexander Sarcophagus

Dolmabahçe Palace is the pearl of architecture. Great patterns, great marble work, amazing furnitures, great atmosphere near the Bosphorus. Don’t forget to drink a cup of coffee against the Bosphorus on its front side.

One of the most romantic place in İstanbul. Its building stroy is also romantic, Roman Empire ordered to build it to keep her daughter away from her lover. The tower was built-in sea, in the middle of Bosphorus.

You may go from Üsküdar with boat. It’s 5 mins away from the shore and the two-way ticket is about 10 Turkish Liras. Also there is a great restourant inside the tower. But as a special restorurant the prices is a bit be high for a full dinner.

Grand Bazaar represents the old soul of oriental cities, and it is the most exotic place in İstanbul. As you may understand from its name, it is a very great closed bazaar. It is a famous place, lots of movies shot there including James Bond movies.

Thousands of shops distributed through small streets due to their products; textiles, gold and jewelery, leather, spices and souvenirs…

Galata Tower is one of the icons of İstanbul. Great view will feel your heart with mixed emotions. Sunset is great from there. The tower has also a night programme, mostly Turkish nights with belly dancers.

Also the area of the tower is great, lots of cafe’s, bars, oriental shops. Also there are lots of hostels in this area. It is a central point so prefered due to this reason.

4 thoughts on “Must see places in Istanbul – Part 1”