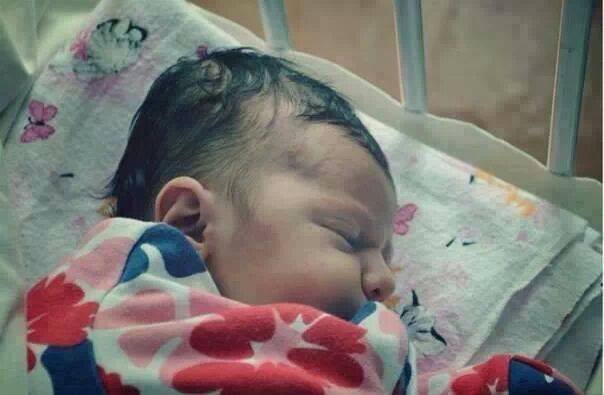 Meryem Uzerli’s baby Lara Uzerli’s first photos revealed. Meryem Uzerli is very sensitive about her beliefs and she doesn’t want to share her baby’s photos so much. She wants to keep her baby away from evil eyes.

She had shared only 1 photo till 1st of May, the first photo was a birth photo and only Lara Uzerli’s hand was on the photo.

And she had not shared any photo of Lara until May 1. Meryem Uzerli shared a photo with her baby but as said above, she kept Lara’s face away from the camera.

She shared this photo and commented ” A perfect day. Pure love! Sunny greetings to all of you…” This was Lara’s first greeting. After than Meryem Uzerli continued to share her baby’s photos:

But Lara Uzerli’s face is not shown on all these photos. But there are claims that Lara Uzerli’s photos dated 26 February (12 days after birth) exist. The following two photos claimed to be Lara’s photos. Similar instagram filter and similar bed sheets pointed to prove this claim but not officially confirmed.