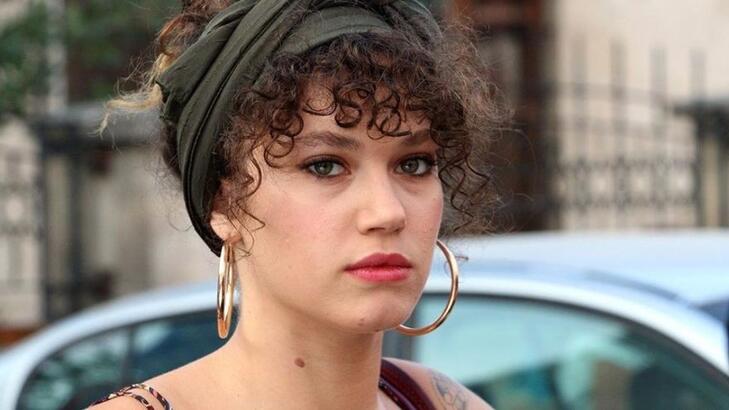 The answer for how she has obtained this fame is her latest role in Atiye – The Gift internet series. It is the world-famous Turkish original series on Netflix. Due to her “brave” scenes in the series, many have begun for Melisa Şenolsun. Frequently asked questions are “Where is Melisa Şenolsun from?”, “How old is Melisa Şenolsun?”, “What is Melisa Şenolsun’s weight, height and zodiac sign?”.

So, today we are going to answer all those questions. In the light of these and similar questions, we wish to clear up every single question in your mind related to the young and beautiful Turkish actress Melisa Şenolsun.

First of all, Melisa Şenolsun was born on 24 September 1996, in İzmir. She is only 24 years old. After the Ottoman Empire collapsed, her family then emigrated from Thessaloniki, Greece to Turkey. Additionally, the beautiful actress is pursuing her education in Istanbul State Conservatory, The Department of Theatre. On the other hand, Melisa Şenolsun completed her high school education in Izmir Gelişim College. Meanwhile, she is the younger sister of Efecan Şenolsun, who is an actor just like Melisa Şenolsun.

Melisa Şenolsun, who started to take part in theatres since the age of 6, entered the theatre thanks to her older sister. The beautiful actress went to see her sister’s theatre performance. And then, she decided to be an actress like her older sister.

Melisa Senolsun attended gymnastics and ballet courses when she was 7-year-old. So, she is very interested in sports. Furthermore, she practised bale and gymnastics until the age of 13 and continued dancing mostly doing hip-hop. Also, she plays volleyball and piano. The young Turkish actress Melisa Şenolsun drew attention with her attractive good looking and natural beauty. What’s more, with her talent with acting, Melisa Şenolsun is a promising actress.

So, we will probably continue to see her more and more on the stages. With the strong projects she has taken part in TV and cinema, and theatre, she is a candidate to be one of the most talented and successful actresses of the new generation. The beautiful actress has yellow hair and green eyes.

Melisa Şenolsun started her professional acting career with her role as Hande in a Turkish TV series. So, the series was “Tatlı Küçük Yalancılar” and it was the Turkish adaptation of “Pretty Little Liars” which aired on Star TV. Her second project was called “Kiralık Aşk” (Love For Rent). Star TV was the broadcaster of the TV show as well and it became one of the shows with the highest ratings of its time.

She gained broad recognition with her role as Sude in this TV series. Later on, the actress got her first leading role in Umuda Kelepçe Vurulmaz. In 2018, she shared the leading roles with Sukru Ozyildiz and Ugur Yucel in the TV series “Nefes Nefese”. It was again aired on Star TV. Recently, she took a lead role in the project Atiye – “The Gift” with Beren Saat, Mehmet Gunsur and Metin Akdulger. So, the TV series started to its broadcasting life in December, 27th 2019.

Babam (My Father) was the first cinema film project of Turkish actress Melisa Şenolsun. She shared the leading roles with master actors Çetin Tekindor and Erkan Kolçak Kostendil in 2017. Her second movie was “Guzelligin Portresi” (The Portrait of Beauty). The director was Umur Turagay, and she took a lead part with Burçin Terzioğlu, Birkan Sokullu and Serkan Keskin. It was released in 2019. As for theatre, she acted in the play “Tüy Kalemler – Marque De Sade” for 2 seasons alongside Erdal Beşikçioğlu. He was also the director of the play.

In 2017, she became the brand ambassador for Maybelline. She is the face of Koton since 2018. Lastly, in 2019, she developed a new product with the brand ‘Elidor‘. Then she took part in its advertisement campaign ‘Elidor by Melisa Senolsun’. Moreover, she has lately given pozes to Elle magazine and became the of it.

During the last weeks, the 24-year-old beautiful actress has maintained her name to remain at the top of the agenda of Turkish celebrity news. First, she made her name spoken with the decollete dress that she preferred at the 2nd Hollywood Turkish Film Festival in Los Angeles, USA. Afterwards, with her brave love scenes in Atiye – The Gift Turkish original series on Netflix, she became the most anticipated celebrity on the internet. Melisa Şenolsun is 1.70 cm tall and weighs 59 kilos. And on the other hand, her zodiac is Libra.

The Turkish actress also takes her place on social media platforms such as Instagram, Facebook and Twitter. In order to be aware of the latest and hottest news about Melisa Şenolsun, you can follow her by clicking the links below: