Man on Pause (Andropoz with its Turkish original title) is Netflix’s latest Turkish series that combines drama and comedy all at once. The main scope of series is mainly revolving around a man who is in his mid-fifties. The leading character Yusuf (played by the eminent Turkish actor Engin Günaydin) is having his up-and-downs and trying to get rid of the severe midlife crisis that he has been experiencing lately.

Man on Pause: What Makes the Series So Special?

The Turkish black comedy-drama, or so-called ‘dramedy’, has been released on October 7th, 2022, with 6 episodes. Since then, the series has been at the top of Netflix’s “Top 10 TV Shows in Turkey Today” list. So, with the unusual and deviant elements that the series uses, Man on Pause is undoubtedly an extraordinary example of its kind.

Before we dig into more details, to make a brief summary of the series, here are a couple of lines: A 50-something family father Yusuf (Engin Günaydın) resolves to pursue happiness. Because he experiences the beginning of andropause. What is more, Yusuf develops an obsession with his physical change. Then he utterly messes it up.

The Gist of ‘Man on Pause’

A fifty-something business owner named Yusuf (Engin Günaydin) is going through a terrible midlife crisis. He recently colored his graying hair red, even though it appears to be blonde to him. Well, Yusuf has changed, and he strolls around his seaside town on a scooter that he is still learning how to control. He drones on and on about how time is passing more swiftly than it ever has. Moreover, the main character of Man on Pause, Yusuf, makes the decision to sign up for Instagram.

Yusuf’s Wife Meryem Has Concerns About for Him

After noticing these changes, his wife Meryem (played by Derya Karadaş) gets worried about her husband. Thus, she decides to ask her sister Fadime (played by Şebnem Hassanisoughi) to read the tea leaves. Fadime, on the other hand, is a believer in visions and fortune-telling.

So, she says something that “will tower over your household” and that is what Fadime foresees happening. A rare occurrence, Yusuf picks her up and they head to the beach for a beer. Yusuf tells his wife to turn around, and he then shows her the beachfront home he plans to purchase. Yusuf plans to sell the family cabin, which Meryem refers to as a “family heirloom.”

When Yusuf Comes up with the idea of “Andropause”

He asks the doctor about all of his changes when he visits to have an ingrown hair on his butt examined. The doctor, hence, says he is experiencing “andropause,” or male menopause if such a thing exists. Is it a true event? Who knows, but Yusuf is certainly persuaded by the doctor that it is.

Meryem, however, grows more and more convinced that Yusuf has cancer as he talks about it without identifying what it is. As a result of their outrage, the kids try to divide Yusuf’s possessions among themselves. What is worse, they have an argument about to place of Meryem, who is still in her 40s, in a nursing home after she tells them.

When Halit Gets Involved in Yusuf’s Situation

Given that Yusuf appears to trust him, Fadime’s spouse Halit (played by Tamer Karadagli) believes it is time for him to speak with him. However, instead of figuring out what’s bothering him, Halit gets wasted, confesses to having affairs, and drags Yusuf to a strip club.

A Bit More on Technical Details of ‘Man on Pause’

Andropoz is a drama and comedy Turkish internet series. Engin Günaydın, who is the leading character of the series, is the creator of the series as well. The world-famous online entertainment platform Netflix is the broadcaster of Man on Pause.

Well, as for the first episode of Andropoz, it was released on October 8, 2022. And while Taylan Brothers are directing the series, Engin Günaydın writes the screenplay. The leading roles in the series, on the other hand, are Engin Günaydın, Tamer Karadağlı, and Derya Karadaş.

How Many Episodes does Man on Pause Have?

The latest Turkish original series Man on Pause (Andropoz) consists of 6 episodes in total in its first season. Each of them runs for around 45 minutes. So, depending on the success of the first season, Netflix will be able to decide to maintain the series in the following months.

Where was Man on Pause Filmed?

The popular Turkish original drama-comedy series on Netflix was filmed in Marmaris, Muğla, one of the most popular touristic spots in Turkey.

What is the Cast of Man on Pause?

Well, the series brings some of the best Turkish actors and actresses together. Here is the list of main characters starring in the series:

Should or Shouldn’t We Watch Man on Pause?

Well, hard to answer but of course, it is your call. There are too many dated sitcom tropes in “Man on Pause”, along with an odd murderous storyline. In other words, it lacks a clear sense of what kind of show it is, and the result is the series is kind of one that is hard to get. Nonetheless, with the strong cast, filming quality, and mesmerizing beauty of the touristic spot Marmaris, it deserves to be given a shot!

In order to watch the official trailer of Man on Pause, you can click here. 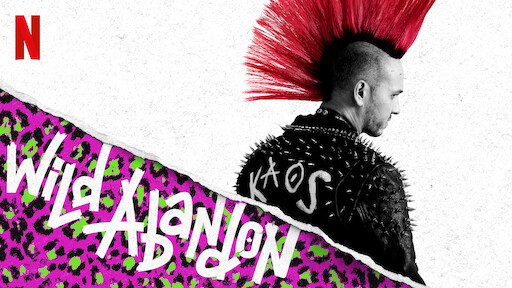 The Turkish actress Demet Ozdemir is undoubtedly one of the most popular and internationally recognizable Turkish actresses. The actress has taken part in many iconic TV series so far, most notably No: 309 (Room No: 309), Erkenci Kuş (Early Bird, aka Daydreamer), and Doğduğun Ev Kaderindir (My Home My Destiny). Happy Togetherness of Demet Ozdemir and…