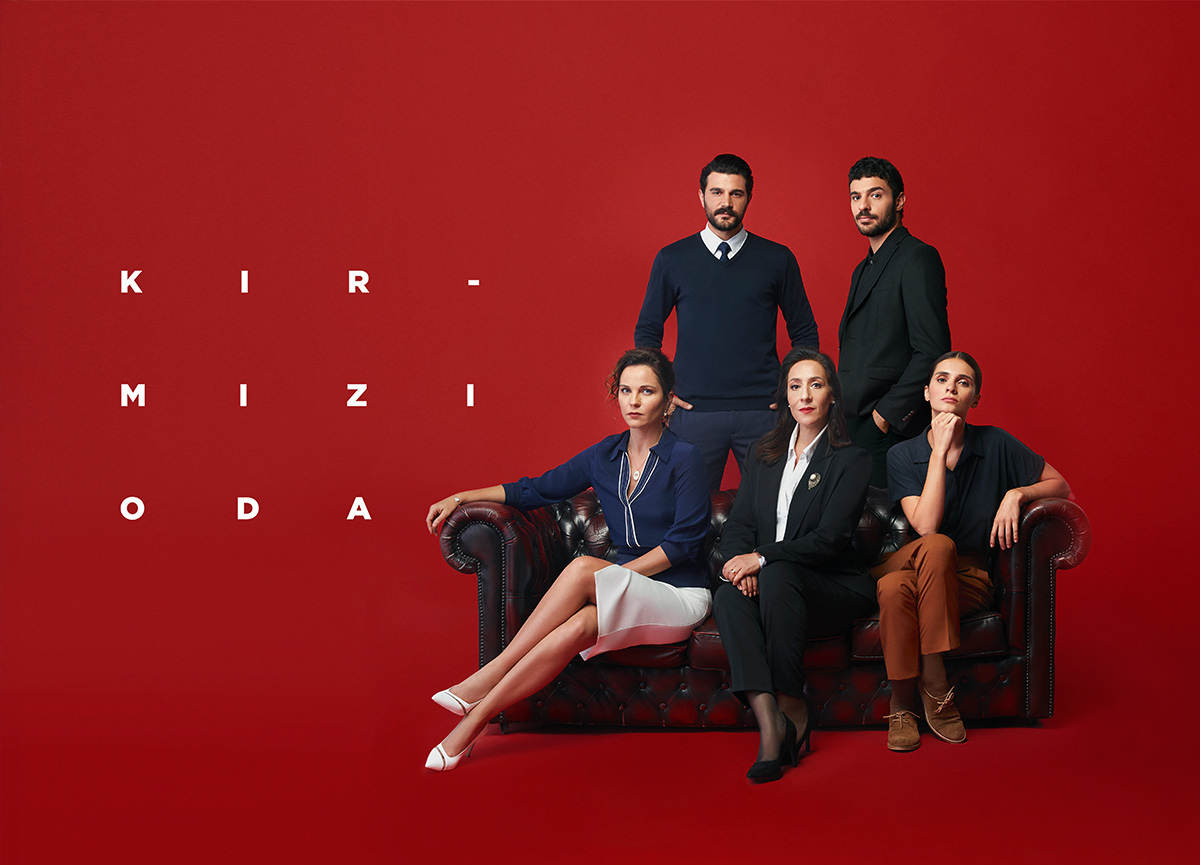 Turkish televisions met a new Turkish TV drama series, which is going to appear on TV with the 5th episode. Many internet users have now been searching for the actors and subject of the Kırmızı Oda Turkish drama — Red Room series. So, today, we are going to explain to you the main points and informations for the series. Please note: you should check one of our previous articles to see other new Turkish series in the new season.

The new project brings together some of the most talented and popular names of the Turkish TV and cinema industry. The series, directed by Cem Karcı, airs every week on Friday evenings on Turkish private broadcaster TV8. If needed to number some of those names, Binnur Kaya, Tülin Özen, Burak Sevinç, Meriç Aral, Evrim Alasya, and Melisa Sözen are the first ones come to mind. In the meantime, the series is an adaptation from Gülseren Budayıcıoğlu’s stories based on real-life stories. Banu Kiremitçi Bozkurt, by the way, is the scriptwriter of the series. Then, let’s dig into more details for the series.

Different Players in Each Episode

Actors, actresses, and the subject of Kırmızı Oda — Red Room TV series is a matter of curiosity. The series differentiates from other productions in that it reveals some intensive real-life stories. By doing so, Kırmızı Oda — Red Room let us witness therapy processes among patients and therapists. In this sense, the series has already become one of the most assertive productions in the new TV season in 2020-21. Another crucial detail about the series, in the meantime, is the series is welcoming different talented actors and actresses in each episode. And every one of them is acclaimed one in their fields.

Among the players of the Kırmızı Oda — Red Room series, we can at first name Binnur Kaya, Tülin Özen, Burak Sevinç, and Meriç Aral. Some other players are Halit Özgür Sarı, Gülçin Kültür Şahin, Sezin Bozacı, Baran Can Eraslan. Many famous names will take place in the series as guest actors in the oncoming episodes. Evrim Alasya, Salih Bademci, Hande Doğandemir, and Melisa Sözen are only a few of them, for instance. In the series, Evrim Alasya gives life to the character of Meliha. On the other hand, Su Burcu Yazgı Coşkun is acting as Güler.

Kırmızı Oda — Red Room series started shooting under the direction of Cem Karcı. Banu Kiremitçi Bozkurt, on the other hand, scripted the series. Meanwhile, the series is based on one of Gülseren Budayıcıoğlu’s stories inspired by real-life stories. The name of the book is Madalyonun İçi (Inside of the Medallion).

What is The Subject of the Kırmızı Oda — Red Room Series?

Real-life stories inspire the series. In the Red Room series, the narrative is the lives of doctors and patients who applied to them in the psychiatric clinic. So, in Kırmızı Oda — Red Room series, the pains, joys, happiness, and sorrow that underlie every life story will open the closed doors of the soul of the audience. While the patients were telling the secrets they could not tell anyone until that day, viewers will find something about their present, past, and future!

Where and When Can I Watch Kırmızı Oda — Red Room Turkish Drama?

The audience can watch the series on TV8, every Friday at 20.00. This week, the series is going to be on the screen with the 5th episode.

So, here are some of the useful and official social media accounts of the series. Whereby you can follow the series on social media. Thus, you can be informed of the latest news related to the series.