Kerem Bursin is one of the most popular stars in Turkish television and cinema. Besides being popular in Turkish television, his career is not limited to TV shows. The actor also acted in international movies. The attractive Turkish actor Kerem Bursin is a handsome man. What’s more, he has a well-built physique combining with good acting skills. The actor stands as a strong character and so he has a lot of fans, of course, the women audience especially loves him.

Who is Kerem Bursin?

The actor’s life story is different from many others. First of all, he was born on the 4th of July, 1987. He grew in a multinational environment because of his father’s job. Due to his family’s job, he traveled around the world. The eminent actor lived in countries such as Scotland (Edinburg), Indonesia (Medan, Jakarta), United Arab Emirates (Abu Dhabi, Dubai), Turkey (Ankara, Istanbul), Malaysia (Kuala Lumpur), USA (Texas, Boston, Los Angeles). Finally, in 1999, he settled in Texas, the United States, with his family when he was 12 years old.

By the way, his father is an engineer and is a senior manager in an international oil company. So, that is the reason for their life-long travel.

In high school, he founded a rock band with his friends and gave many concerts in Texas. After finishing high school in Texas, he moved to Boston for college education and took acting classes at Emerson College. He, later on, moved to Los Angeles (LA) after college and he started acting. Afterward, he visited Turkey for the summer holidays at his grandmother’s home.

Kerem Bursin took acting education from Carolyn Pickman and Eric Morris. Finally, he was discovered by the famous producer Roger Corman, who had also discovered Jack Nicholson and Sandra Bullock. This was a bit of huge luck for the actor, then he started to take roles in movies and advertisements.

The Time When Kerem Bursin Shined

Kerem Bursin’s star shined in 2013 after his return to Turkey. He starred in the TV series “Güneşi Beklerken” (Waiting for the Sun) with Hande Doğandemir. Thus, the actor gained wide and quick popularity in Turkey.

In 2014, he starred in the movie “Unutursam Fısılda” (Whisper If I Forget) with Farah Zeynep Abdullah which is directed by the prominent Turkish director Cagan Irmak. He played the character of “Yiğit Kılıç” in the “Şeref Meselesi” (Honor Issue). Then, the actor became a guest actor in the “Ulan İstanbul“, Turkish TV series, with the same character. Producer Roger Corman has appeared in television films Sharktopus and Palace of the Damned, in several independent films and short films.

Sen Çal Kapımı (You Knock on My Door)

Here we are with his probably the most popular TV series ever: “Sen Çal Kapımı” (You Knock on My Door). The Turkish rom-com, which broadcasted July 8, 2020, became so famous that its popularity even crossed the borders. But what’s more, the great harmony between the actor and the Junoesque actress Hande Erçel drew great attention.

In the series, the actor is acting as a rich businessman Serkan Bolat while Hande Erçel is acting as Eda, who is working for him at the company. The relationship between them starts reluctantly at first, yet by the time, it turns out to be a passionate love.

Being a handsome star, the eyes are always on you. So, Kerem Bursin’s private life has always been a matter of curiosity. Kerem Bursin’s first girlfriend, whom everyone knew, was Yağmur Tanrıseven. They started their relationship during the shooting of “Güneşi Beklerken” (Waiting for the Sun), a Turkish TV show. However, the couple suddenly broke up in 2014.

In January 2015, Kerem Bursin started a new TV show “Bu Şehir Arkandan Gelecek” (This City Will Follow You). The actor played a ship worker named Ali Smith who has an interest in martial arts, boxing, and street fighting. Therefore, he takes boxing lessons and fitness training. This was great for his female fans as you may see he had a rock-solid body.

In 2015, the actor started to appear in Mavi Jeans (a jeans brand) advertisements as the brand face with the beautiful Turkish actress Serenay Sarıkaya.

Just two months after the ad campaign, Serenay Sarıkaya and Kerem Bursin started dating. But unfortunately, after a 3-year-of relationship, the two broke up in 2019. This news had upset their fans as the two had a great number of fans.

Love in the Scene, Love in Real Life

As we put it in the capture above, the TV love between Kerem Bürsin and Hande Erçel turned into real-life love. It has been the most shocking celebrity news in 2021. As we also shared here, the two, first, were caught hand in hand at the airport. After that, they shared their lovely pictures on Instagram from their holiday in the Maldives. 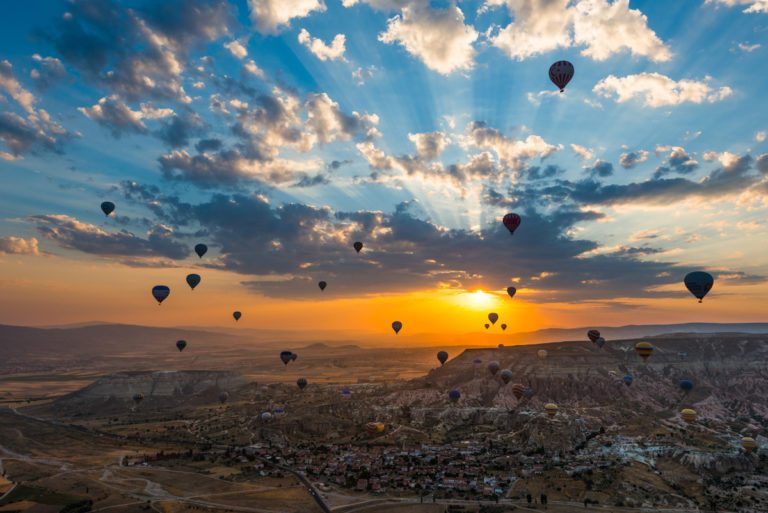