The funny name of quarantine days in Turkey, Fırat Çelik, is going to surprise you today! His funny-bunny Instagram posts, especially dance videos went viral during the Covid-19 quarantine in Turkey. Thus, the charismatic French-Turkish-German actor assured Turkish people moral support amid coronavirus restrictions. Just a kindly reminder! He was not alone in the work of cheering Turkish people up! The actor and his nephew “Ozi” made all the work done and they were both incredibly adorable!

So, who are Fırat Çelik and his nephew? How old is the Turkish actor Fırat Çelik? Fırat Çelik’s height, weight, and zodiac sign, … are some of the most popular questions that people search on the internet to know more about the actor. So, let’s not leave you wondering more and set off together in pursuit of answers…

Who is Fırat Çelik?

The actor was born on 25 March 1981 in Ostfildern, near Stuttgart, Germany. He is originally from Tunceli city of Turkey, a city in the eastern part of the country. His family decided to return to Turkey when he was two years old. Thus, he lived in Tunceli with his family until he was 9 years old. Fırat Çelik, who has two older sisters and a sister, is the only son of the family.

Setting off Roads Again: The Period of France

After living in Tunceli for six years, they decided to settle in Paris with his family. Fırat Çelik studied economics and administrative sciences at Langevin Wallon High School after Louise Michel Secondary School in Champigny-sur-Marne, a suburb of Paris. Deciding to work to help his father at the age of 19, Fırat Çelik moved to Paris where he began to work as a model as well as many other jobs. Among these “other jobs”, there is construction work and working as a bartender, and so on…

Fırat Çelik’s professional theater career began in 2006 when his paths crossed with director Thierry Harcourt. Çelik, who played the role of Fred in Otomatik Portakal (A Clockwork Orange). It was Harcourt, who staged the play. The play, by the way, is adapted from Anthony Burgess’s same-name novel. Then, in 2007, he joined the Comédie de Paris theater team. And he played the role of Kevin in the play Effets Secondaires, staged by Jean-Georges Tharaud. Meanwhile, Fırat Çelik, who played in many short films, played the leading role in the short film Lignes, written and directed by Johann Bertelli.

Fırat Çelik made his first feature film in 2009 with the movie Welcome by Philippe Lioret. He had a minor role in the movie starring Vincent Lindon. The film had its world premiere in Berlin. In the same year, the film was selected as the opening film of the Istanbul Film Festival.

Thus, Fırat Çelik came to Istanbul for the first time in his life. Immediately after his arrival, he started considering the offers for Turkish TV series and dramas. A few months later, he starred in Kış Masalı (Winter Masalı) series for Turkish television. His recognition by the masses was possible with “Fatmagül’ün Suçu Ne?” (What is Fatmagül’s Guilt?), a Turkish TV drama (2010-2012). The production company of the series was Ay Yapım. Fırat Çelik, later on, again starred this time in a detective series 20 Dakika (20 Minutes) signed by Ay Yapım.

The Actor Opened a Cafe in Paris

In March 2020, the famous Turkish actor Fırat Çelik settled in Paris. The actor left everything behind and opened a cafe there and made a new beginning in his life. But unfortunately, due to the coronavirus restriction, he had to shut down the cafe.

The actor, who attracted the attention of the French press, spoke to a website as follows:

“I thought I could make the restaurant life as an actor. I decided to take the time to look at this restaurant as well. Getting away from the cameras was good for me. But I can’t imagine quitting acting, it’s my passion.”

In 2015 and the following period, the actor was in a relationship with a blond beauty “Pelin”. But after that relationship, the actor has not been seen with any other woman. Fortunately, at least we know that he is not married!

The accomplished actor is not a so-popular-type on social media, yet it doesn’t mean that he does not use it at all! Below, you’ll see some useful links, by which you can track him, follow him, show him your admiration.

As for the outlooking of the actor, the first thing to notice about him that he has quite a characteristic face. So, the actor is 39 years old and he is 1.75 meters tall, and 75 kilograms. His zodiac sign, on the other hand, is Aries.

Here is a list of all the TV series & dramas, and feature films he took part in throughout his career: 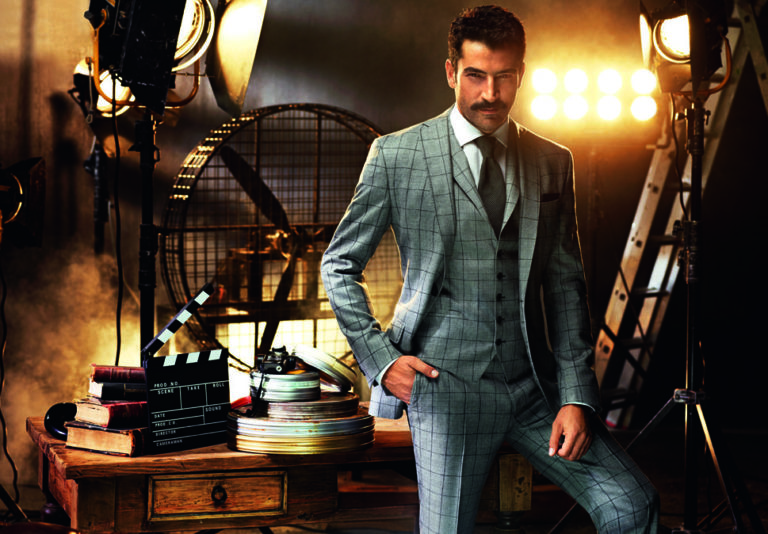