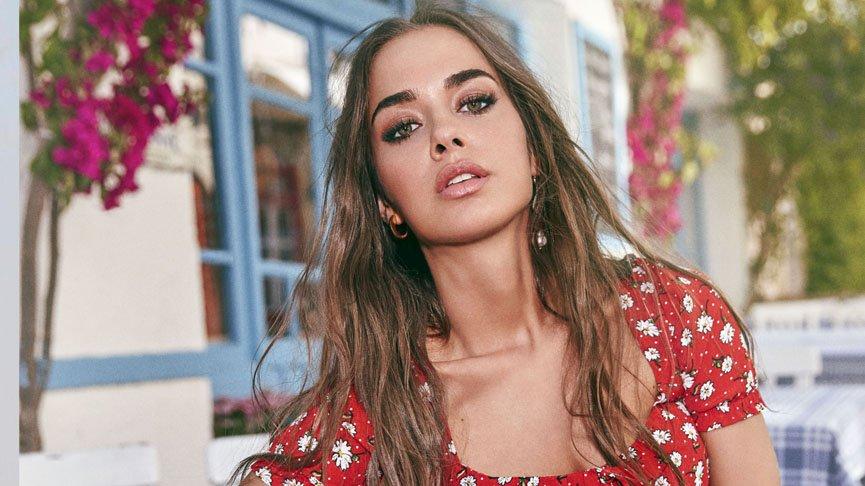 Bensu Soral is undoubtedly Turkey’s one of the most beautiful faces. The actress, just like her actress-sister Hande Soral, has been becoming one indispensable face on Turkish TV. With her latest exciting project “Cam Tavanlar” (Glass Ceiling), she made her name talked a lot.

The beautiful Turkish actress also attracts great attention with her incredible resemblance to her sister Hande Soral in addition to her talent in acting. Bensu Soral, who first entered our lives in 2012 with “Yol Ayrımı” (Wayout) TV drama, also took part in feature films.

But above all, the life of the actress is a matter of curiosity. Who is Bensu Soral? How old is she? Which projects did she take part in? Does she have a spouse or not? You will get all the answers below, so just scroll down the page.

Who is Bensu Soral?

When did She Make Her Debut on TV?

The popular actress is still studying graphics at Marmara University Faculty of Fine Arts. She also studied at İnegöl Anatolian High School in Bursa. As for her television debut, it was in 2012 in the TV series “Yol Ayrımı” (Wayout). In the series, she starred as the character of Ayşe, a supporting role.

Her breakthrough came with her role as Aslı in “Tatlı Küçük Yalancılar” (Little Sweet Liars). In this Turkish TV drama, In 2015, she acted alongside Şükrü Özyıldız, Dilan Çiçek Deniz, Büşra Develi, Alperen Duymaz, Beste Kökdemir, Burak Deniz and Melisa Şenolsun. Later in 2016, she played the role of Melek in “İçerde“ (Inside) opposite to Çağatay Ulusoy.

Between 2012–2016, she had supporting roles in different TV series. In 2013, Bensu Soral acted as Müge in “Vicdan” (Conscience). It was a supporting role. Then, in 2014, she acted as Miray this time in “Boynu Bükükler” Turkish TV drama. Her starring as Aslı in “Tatlı Küçük Yalancılar” (Little Sweet Liars) was the first leading role of the actress.

Before her current TV series “Cam Tavanlar” (Glass Ceiling), the actress’s last leading role and the project on TV was İçerde (Inside). With this series, the actress made a great debut on TV as it was one of the most successful TV projects ever.

Between 2018 and 2021, the prestigious actress starred in 3 feature films. As Leyla Özdemir in Dışarda 2, Nazlı Noyan in Organize İşler 2 Sazan Sarmalı, and Meryem Hatun in Mest-i Aşk. In all those movies, she starred in the leading role.

Let’s now dig into the private life of the actress. Bensu Soral is not the one who appears on the celebrity news with her private life and nightlife. On the contrary, she has quite a smooth, calm, and out-of-eyes type of living with her spouse.

Bensu Soral got married to businessman Hakan Baş in 2018.

The accomplished actress and Turkish celebrity have more than 4.2M followers on Instagram. As for Twitter, at the moment, the actress has more than 97.6K followers, too. So, for those who wish to monitor her more closely, here are her social media accounts: