With her deep blue eyes and scarlet hairs, beautiful Turkish actress Aslıhan Güner resembles a cartoon princess. The 33-year-old actress has been starring in films and TV series. As for her latest TV series, she made a great debut with Kuzey Yıldızı İlk Aşk (Northern Star: The First Love). Thus, the actress, with her unusual beauty and talent for acting, is one of the most popular TV stars in Turkey.

Who is Aslıhan Güner? How old is this beautiful and talented Turkish actress Aslıhan Güner? Is she married or single? Here in this article, you will find every single detail about the actress’s life and career. Let’s begin then…

The leading star of Kuzey Yıldızı İlk Aşk (2019 —), a Turkish romantic comedy, has been on the agenda for a while. With her talented acting and the success of the series, she has been now one of the most famous names on Turkish television. However, her fame and name go way back. The actress took part in many TV series and films since she was only 15.

The pretty Turkish actress was born on 17 December 1987 in Istanbul. The actress’s mother is from Malatya. Her father, on the other hand, is from Sivas. But as she mostly visited Sivas city, she calls herself as the one from that city. As for education, she studied public relations and advertising at the university. However, she left without completing her education. Aslıhan Güner, then, studied acting at the Barış Manço Culture Center. It is a private acting school that trains young actor and actress candidates.

The first time she appeared on TV was with a role in the TV series Sırlar Dünyası (Mysteries’ World) in 2002. It was a spiritual Turkish TV drama that lasted for a long time on TV. Afterward, she kept appearing in a number of supporting roles. Later on, her breakthrough came with the TV series Asi (Rebellious) and Şefkat Tepe (Compassion Hill). In those TV dramas, the actress acted in leading roles. As a young, talented, and hardworking actress, she kept involving in different projects, in addition to TV series and dramas. So, she appeared in different movies, notably The İmam and Sümela’nın Şifresi: Temel.

The attractive Turkish actress Aslıhan Güner married the Turkish actor Mert Kılıç, whom the actress met in TV series Şefkat Tepe (Compassion Hill) in 2013. Aslıhan Güner, who sat on the wedding table three times in the series, and his lover Mert Kılıç set sail for a great love in real life. The couple, who got married on June 9, 2013, are among the most famous couples in Turkish celebrity.

Aslıhan Güner and his husband Mert Kılıç have not yet had children.

Physical Features of the Actress

The actress is undoubtedly one of the most popular Turkish actresses on TV. So, Aslıhan Gürbüz is 1.70 meters tall and 57 kilos. Her zodiac sign, on the other hand, is Sagittarius. Her most important physical feature that attracts attention the most is her scarlet, blood-red hairs. It especially fits perfectly with her deep blue eyes.

So, here is some cornerpoints in her career:

Apart from her debut on TV, the actress also took part in some TV films and movies, as well. Here is her career on the silver screen: 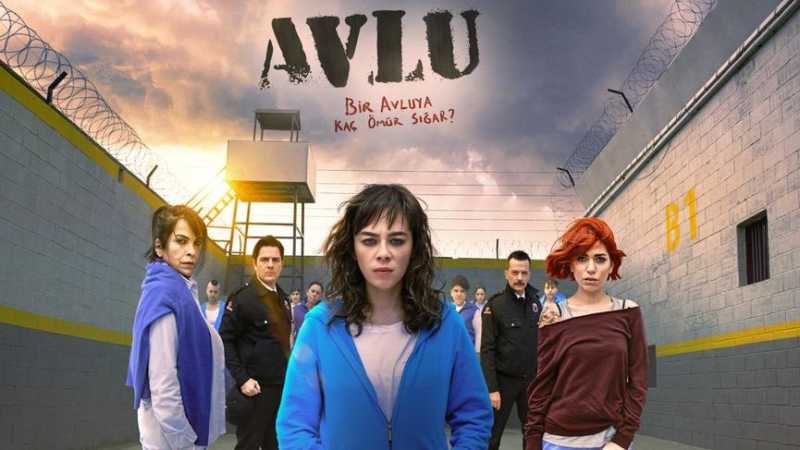 Avlu “The Courtyard” Tv Series is a shocking and unique drama with full of deep questions on crime, punishment and justice. While you witness to the solidarity of a big group of woman, on the other hand, you appreciate their resistance against injustice. These women who are forced to give up their freedom are struggling… Does the title sound over-assertive? We know it might be! But wait and scroll down the page and give the article a try before you decide! We assure you that you will acknowledge us after reading our post. “Çatı Katı Aşk” (Attic Love) is the most anticipated and probably the best Turkish Rom-Com of 2020….

Formerly, a beauty pageant titleholder, then an indispensable Turkish actress on TV and recently on cinema, Dilan Çiçek Deniz keeps fascinating us! And with us, we mean, the Turkish audience. But what’s more, increasingly the world audience… The beautiful and talented Turkish actress has been steadily advancing on the career steps. With her latest role…