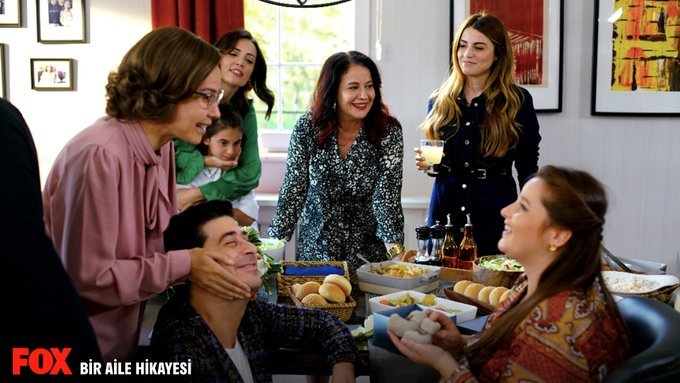 The series had started its broadcast life on the 9th of March, 2019. And until its season finale, 29 May 2019, A Family Story became very successful. The Fox TV’s project gained high ratings and turned into a phenomenon series of Turkish televisions. However, following the new season, rating rates have begun to dramatically decrease. So, despite all the resistance of producers and TV managers, the final decision became to finish the TV series.

Why Did A Family Story Turkish TV Series Come to an End?

On the other hand, this news has been a very sad one, because A Family Story TV series was completely different than other similar projects on TVs. Both the successful cast and the extraordinary scenario, it was actually a successful project. Nevertheless, the number of new TV series means wild competition. And so this competition sometimes means a farewell even for quality works.

The TV series was a remake of American This Is Us series. The successful adaptation of the American series couldn’t meet the rating expectations of Fox TV managers anyway. But on the other hand, A Family Story had a very impressive cast. Some of these successful actors and actresses are Birkan Sokullu, Songül Öden, Celil Nalçakan, Alçin Afacan, Olgun Toker and İrem Sak.

What Is The Subject of A Family Story Turkish TV Series?

A heartwarming and emotional story of these two lovers shows us how to back and support one another in the face of struggles and difficulties of life. Songül Öden (acted as Reyhan Güneş) has a difficult pregnancy with triplets. Right after she finds out that one of the triplets died during giving birth, in every sense of the word, she destroyed herself. Celil Nalçakan (acted as Cem Güneş), her beloved husband, is her one and only supporter and with him, Reyhan gets through of it. And for sure, with the help of fortune!

What Happened on the Final Episode of A Family Story?

The 18th and the final episode of Bir Aile Hikayesi – A Family Story answered all the questions. Spoiler Alert! After the death of Mahur’s father Şakir (played by Ali Seçkiner Alıcı), the whole family remembered him with love. Furthermore, in the finale episode, we also learned how Cem Güneş died in 1999. So, this point in no more a mystery.

Which Series Will Be Released After a Family Story Series?