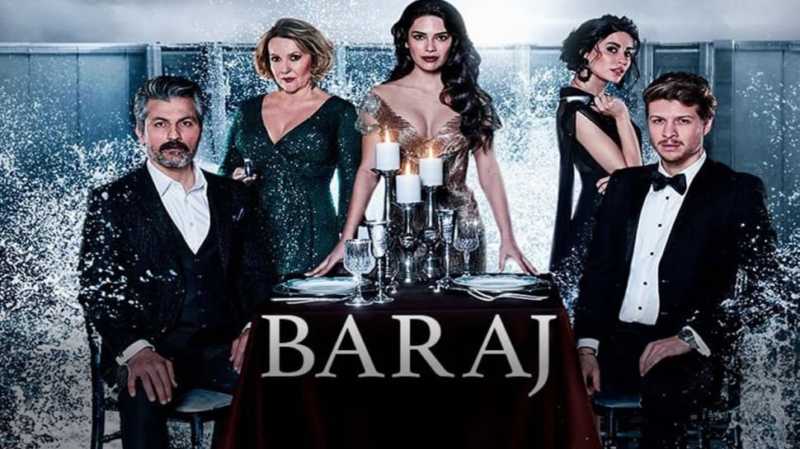 We have gotten used to introduce you to Turkish series adapted from Korean or American original versions. But this time, we are before you with a different story! Today’s Turkish TV drama that we are about to introduce is again an adaptation. However, not from a foreign original, but from a Turkish feature film from 1977, instead!

Take your seat and get every necessary information about Baraj — “Dam” Turkish TV show before it starts. And moreover, you will also experience the privilege to learn everything about the new Turkish TV series before others.

What is The Story of Baraj — Dam Turkish TV Series?

The story of Baraj — Dam will tell the story of a man who works in the construction of a dam. The man, who is the expert worker of the construction, falls in love with a young lady on the internet by accident. Working as a foreman in the construction of the dam in Baraj —Dam Turkish TV series, Nazım (Feyyaz Duman) falls in love with Nehir. So, Nehir (Biran Damla Yılmaz) is a young and beautiful girl; however, after Nazım’s accident, scars remain on his face. And so he thinks that the Nehir will not like him. Therefore, Nazım brings his friend named Tarık to Nehir.

Baraj — Dam the 1st Teaser of the 1st Episode:

What is The Cast of Baraj — Dam Turkish TV Series?

Nazım is the foreman in the construction of the dam. After the accident he got through, he had numerous stitches on his face. Due to the scars on his face, Nazım devoted himself to his work. He started messaging with Nehir by chance and fell in love with her without seeing her. Since the Nehir will not like him, he brings Tarık, the handsome son of the boss of the dam. By the way, Tarık knows nothing about construction.

Tarık (Burak Yörük) is the son of Mr Kemal, who is the owner of the dam construction. Tarık, the pupil of the girls, makes her day full of wealth in Istanbul and relies on her father’s money. However, Mr Kemal sends Tarık to the dam construction to teach him a lesson. So he puts Tarık under the service of foreman Nazım. Tarık replaces Nazim upon a request and talks to Nehir and eventually, she falls in love with him.

Nehir is a prostitute, but this life is not for her. Nehir has the right to be happy to get married. So, is Nazım the right person who can save Nehir from this dirty life?

Some of the other master actors and actresses are Sumru Yuvrucuk (as Zerrin) and İman Casablanca (as Zahra).

Baraj — Dam Turkish TV series’ genre is a drama. The promising Turkish TV show is going to start into its broadcasting life on 17 March 2020. The TV series is going to be on the screen every Tuesday at 20.00. So, the first episode of the series is a great matter of curiosity in advance.

Where Can I Watch Baraj — Dam Turkish TV Show?

The Turkish TV series Baraj — Dam can be watched on Turkish broadcaster Fox TV as of March, 17th. Every Tuesday at 20.00 millions of audience will meet in front of Fox TV screens.

Baraj — Dam the 2nd Teaser of the 1st Episode:

The genre of the series is Drama. On the other hand, Fatih Aksoy and Yağmur Ünal take on the producing of the series. Yağmur Ünal, by the way, is the daughter of the Turkish legendary actress Türkan Şoray and she has the full support of her mother. Besides, Türkan Şoray was the leading actress of the original movie version in 1977.

As for production companies, MED Productions and No:9 Production take on the stage. Furthermore, Hasan Tolga Pulat both writes the scenario and sits on the director seat.

What Had Happened in The Original Movie Version?

Nazım (Naser Malek Motiee), a foreman working on dam construction. He, one day, falls in love with Aysel (Türkan Şoray), the most beautiful girl of the local brothel. Nazım, however, is too shy to identify himself. So, he sends her love letters, signing as Orhan (Tarık Akan), one of his employees. But Orhan is the man with not many scruples. When Aysel arrives on the construction site, the deception does not last long. It all ends in a happy marriage. Only, it’s not the end yet.

In addition to TV and YouTube, you can also take your chance to follow the social media accounts of the series.

Baraj — Dam the 3rd Teaser of the 1st Episode:

How to begin or where to begin the glamorous Turkish actress Nurgül Yeşilçay? Her fascinating beauty aside, she also stands with her impressive career. Since 1998, she has been on the screens with some very successful TV series and feature films. Moreover, in addition to her popularity in the homeland, her fame has also crossed…