The 10 Best Turkish Movies Ever According to IMDb 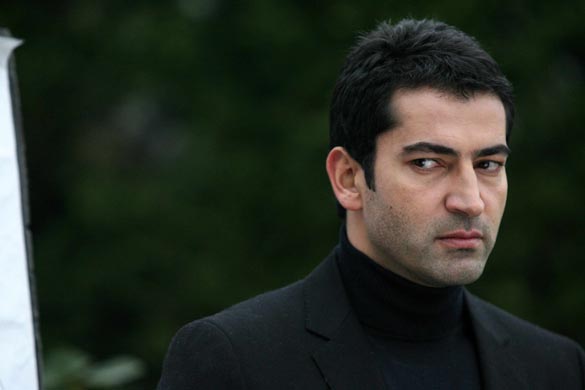 Kenan İmirzalıoğlu was born in 18th of June 1974 in the village Üçem, which is located in Bala province of Ankara. He studied his middle school and high school in Ankara. After graduating from the high school, he didn’t succeed well in the matriculation exams in his first try. After the disappointment, he was returned to his village and studied to the matriculation exams for university. On his second attempt he was qualified for Yıldız Technical University Mathematics Faculty. Then he moves to İstanbul for his university education.

After the contest, he got many offers from the TV producers. The famous director Osman Sınav offered him the leading role of the tv series “Deli Yürek (Mad Heart)”. Kenan İmirzalıoğlu accepted this offer as he likes Mr.Osman Sınav.  After the finishing of the Deli Yürek series, he starred in his first movie “Deli Yürek-Bumerang Cehennemi (Mad Heart-Boomerang Inferno)”.

After the movie of Deli Yürek is completed he went to the U.S.A. for language education. After his return, he got more offers for new movie and tv projects. He picked the project Alacakaranlık (Twilight), which was written and directed by Uğur Yücel. After this project he starred in the movie of “Yazı Tura (Heads and Tails)” which is also produced by the Alacakaranlık team.

The next tv series project was Acı Hayat(The Bitter Life), which was based on the original movie dated 1962. With his strong performance, he increased his popularity among Turkish people.

In the year of 2006 he starred in the movie of “Son Osmanlı Yandım Ali (The Last Ottoman Yandım Ali)” which is based on the cartoon of Suat Yalaz.

As his performance was increasing, the offers continued to increase, and he starred in the movie “Kabadayı(Swashbuckler)” with the legendary actor Şener Şen, besides his tv series, this movie was one of the peaks of his movie career.

After this projects, his last and most successful project is the tv series “Ezel“. Ezel became so popular, took number one place of the tv ratings. The series are finished in 2011 then series started to be aired abroad.

In 2012, a new major tv series “Karadayı” had been announced. Karadayı, has a great selection of actors and actress. Bergüzar Korel and Çetin Tekindor are the other stars of the series. With these two great talented artists, Karadayı will be the flash series of 2012-2013 tv season and the series is still top of the rating list as of its third season in 2015.

– His parents are farmers. He has a sister and a brother
– He is 1.90 cm height and 90 kgs weight, his shoes are number 46
– His zodiac sign is Gemini
– He doesn’t like nightlife
– He likes reading and listening to music
– He loves drinking tea, an enthusiast. His favourite is the blend which he prepares by his own.
– He loves eating meat in his meals
– He eats honey every day in his breakfast
– He loves forests, and he has a great passion for the nature

Gain Media aired a new series&drama, which is a psychological thriller: Therapist. So many people think that the series is going to be a...
Read more
News

As the Turkish audience, we said hi to the new year with two new digital platforms. The first one, which began to broadcast at...
Read more

The 10 Best Turkish Movies Ever According to IMDb

The 13 Best Burgers in Istanbul That You Will Truly Love!