Following the news on Turkey’s cheese importation from Venezuela broke out, general interest on the origins and variety of Turkish cheeses has risen. As some of you may know, Turkey is a very rich country on account of cheese variety. Moreover, the country exports cheese to the whole world. Therefore, the importation news has shocked both cheese producers and consumers.

However, apart from all those news, today we are going to introduce you to some of the awesome Turkish cheeses. You must have at least once tasted in your life or heard about them.

Nature offers us many tasty and delicious foods and cheese is just one of them. Turkey, on the other hand, has almost 193 different kinds of cheeses. Cheeses in Turkey offer a variety of tastes to the gourmets. And today, we are going to learn 12 of them.

Awesome Turkish Cheeses Famous All Around The World

Turkish cuisine has so many different and unique tastes, including the varieties of cheese. Cheese plays a leading role in the most flavors of Turkish culinary culture and of course, breakfast tables of Turkey.

According to several resources, there are 193 different kinds of cheese in Turkey. Further, they all have high protein and vitamin values. However, just 12 of these cheeses have a geographical indication. Then let’s learn together the different varieties of cheese all over the country.

This cheese is an old cheese and originates in the Ottoman Empire. Unlike white cheese, its production really is limited to just a couple of areas of the country. Those are Balıkesir and Bursa being the prime examples. Mihaliç cheese, or Kelle cheese as it’s sometimes known, is perhaps most closely compared with Parmesan cheese of Itlay. Because it’s typically made from unpasteurized sheep’s milk. And moreover, it is stored in brine before it hardens and dries.

While in Western diets, “feta cheese” tends to have a fairly standard flavor, white cheeses come in a wide variety of flavors in Turkey. They can be made from either cow, sheep, or goat’s milk and can be hard, or soft. It can also be from whole milk or half. It’s an absolute staple of the traditional Turkish breakfast. However, it’s also a fairly big staple of dinners as well. What’s more, people often eat white cheese as a meze by itself or consume it in the summer months with watermelon or melons.

Lor is a crumbly, relatively unsalted cheese that goes incredibly well in pastries. Though Turkish people also serve it during breakfast or can mix it with spices and herbs and eat as a meze for dinner.

Because it’s relatively unsalted, people also use lor for desserts sometimes. Though its crumbly nature makes other cheeses slightly more common. It’s white in color and tastes perhaps similar to ricotta cheese or cottage cheese that’s a little more common outside of Turkey.

Tulum cheeses are very common and are some of the creamiest of the Turkish cheeses. They have a high moisture content that melts perfectly into just about any dish. Their long shelf-life, on the other hand, means that Tulum is just about perfect for mixing into any main course.

However, as with all cheeses in Turkey, people primarily consume Tulum on their own either in breakfast or as a meze over dinner. And so, Bergama Tulum is no exception. Tulum itself means “sheep’s skin” or simply “skin”. Though producers often make Tulum with a mixture of sheep’s milk and cow’s milk.

Tulum goes perfectly with fresh butter, walnuts, and a freshly-baked warm Turkish bread of some sort, perhaps a pide over Ramadan.

Van Otlu (Herbed) Cheese is a very special cheese with its taste, aroma, and production quality. Due to the increase in sheep milk production and many herbs growing in spring, local people produce it in spring months. It can be up to 25 different herbs that people can add to the Van Otlu Cheese.

Kars Gruyere is one of the most famous Turkish cheeses in the world with its tang, rich odor, and flavor. This traditional gruyere cheese is usually made with pure cow’s milk or a mixture of cow and goat’s milk. It takes its flavor from the quality milk of animals grazing in high plateaus.

The cheese is one of the most typical and traditional cheeses of Turkey. It is mostly produced in the east part of Turkey, such as Erzurum, Kars, and Erzincan. There are many different types of Civil cheese. Some of those are fresh, green, salt-free, and musty.

Divle Obruk Cheese, known as the Turkish Roquefort, is one of the best quality 5 kinds of cheese in the world. What brings this fame to the cheese is its unique taste and aroma. People of Karaman city produce this delicious Roquefort cheese from sheep and goat milk. Further, the cheese takes its flavor from a fermentation technique in a storage cave for months.

The cheeses of Kars province are quite tasty and high quality. These Turkish Cheeses are produced by professional craftsmen using traditional methods. Kars Cheese produced using high-quality milk with high-fat content is quite famous in Turkey and in the world.

The city of Kars, in the northeastern region of Turkey, is most famous for producing Turkey’s best-aged kashar cheese, or “eski kasar“. Kars’ variety of this beloved cheese is usually made with pure cow’s milk or a mixture of cow and goat’s milk. As the cheese ages, it forms a crust and mold on the exterior. The inside becomes dry and flaky. Its flavor most resembles Italy’s Romano cheese, with even more tang, rich odor, and flavor. Aged kashar is ideal for grating. On the other hand, people mostly consume it at breakfast, as part of a cheese platter, or grated as a topping or filling in many dishes.

Braided Cheese, which is prepared and produced in Diyarbakır’s Karacadağ region, comes from the hands of the oldest and most talented masters of our country. Diyarbakır braided cheese is produced with a mixture of cow and goat milk. It is fermented with Siran yeast and turned into the brine. Producers produce the cheese in a completely natural way in special hands and the Diyarbakır Braided Cheese production phase begins.

Smoked cheese is produced in the areas surrounding Duzce and Hendek in the Marmara region of Turkey. This cheese gets its robust flavor in special smokehouses that burn pine wood. This cheese has a wonderful aroma and rich, smoky flavor. It comes in wheels covered by a light brown, textured hull. People normally eat smoked cheese on its own or melted into sauces.

Kolot Cheese (or Golot cheese), is one of the most important traditional cheeses produced in the region of the East Black Sea, Turkey. The average composition of Golot cheese is 43.51% total solids, 5.31% fat, 33.64% protein, and 3.12% salt. The mixture of morning and night milk heats to 37°C and separated from the fat. Producers add an appropriate amount of rennet and yogurt whey to the non-fat milk. Later, they heat the mixture until the precipitation (65-70°C). Then,w they transfer the curd into the cheesecloth for whey drainage about 15 hours.

They place the cheeses in a 50 kg (110 lb) polypropylene bags. Then, add the granular cheeses between each Golot cheese and waited for one week. The Golot cheeses are pressed into wooden containers with cover. Afterward, the cheese ripens between 6 months and 1 year based on the consumption period. The cheese is mostly famous as people use it to make mıhlama, which is a very traditional flavor of the Black Sea region. 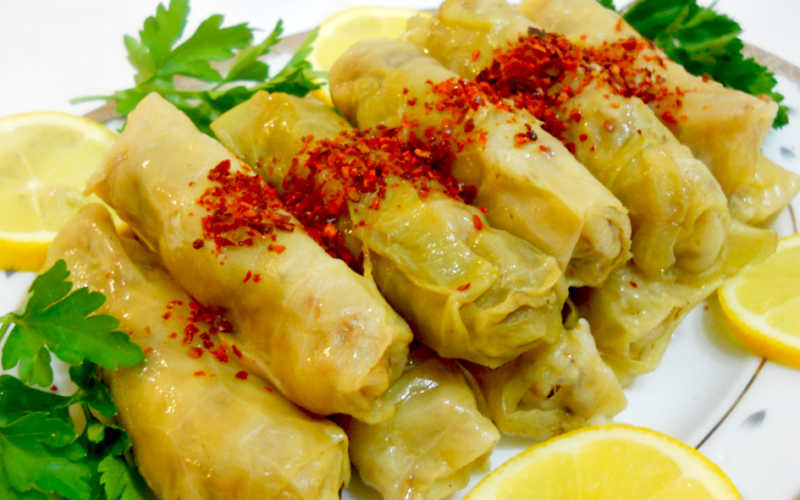 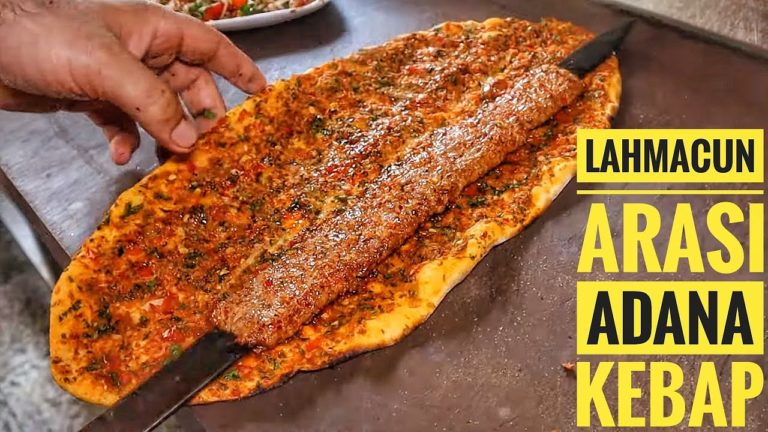 Today, we are before you with a recipe, or better to say a “trend”. That will both lick your chops and you will eagerly want to offer yourself a plate. What we are talking about is the surprising meeting of the two of the most popular members of Turkish cuisine. So, hold on to your… 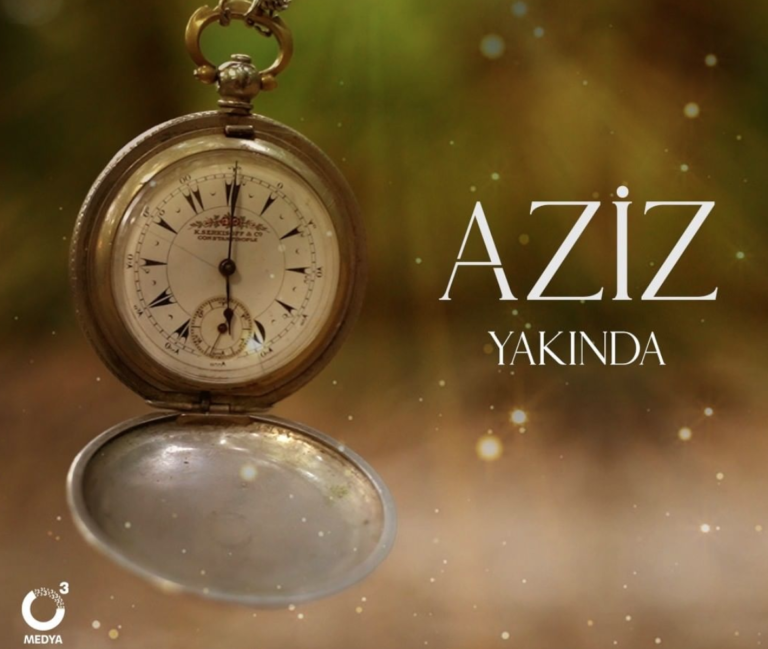